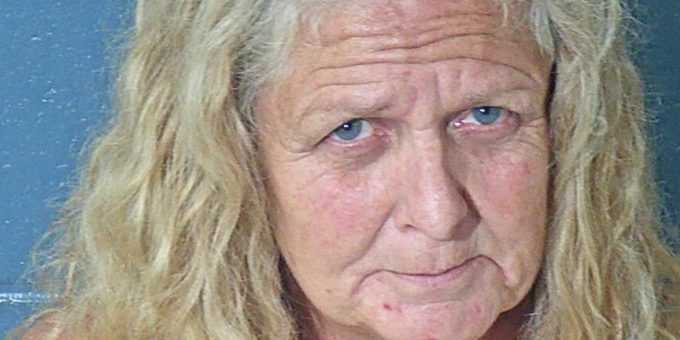 BEDFORD – A Bedford woman was arrested Wednesday on a warrant on felony charges of dealing and possession of meth and aiding a criminal.

According to a probable cause affidavit, on May 27, an Indiana State Police undercover detective with the Indiana State Police Drug Enforcement Section conducted a controlled purchase of methamphetamine at a home in the 280 block of Patton View Drive using a confidential informant.

The informant was supplied money by the ISP to purchase the drug.

The informant went directly to the home in the 280 block of Patton View Road and purchased half a gram of crystal meth from 63-year-old Billy Hardin and 58-year-old Kimberly Godsey of Williams.

The informant told the detective there was more meth in the home and Hardin and Godsey had been smoking meth.

The drug deal was captured on video.

The detective applied for a search warrant for the home and found in plain view smoking devices, 9.5 grams of crystal meth, digital scales, and other evidence of dealing the drug.

During an interview with Godsey, she confessed to knowing there was meth in the home and that she and the male both used the drug, but neither sold the drug. She then admitted to being in the room when the informant made the meth purchase.

Hardin was arrested and incarcerated in the Lawrence County Jail at the time of the investigation. Godsey was transported to a local hospital for a medical evaluation and a warrant was issued for her arrest.