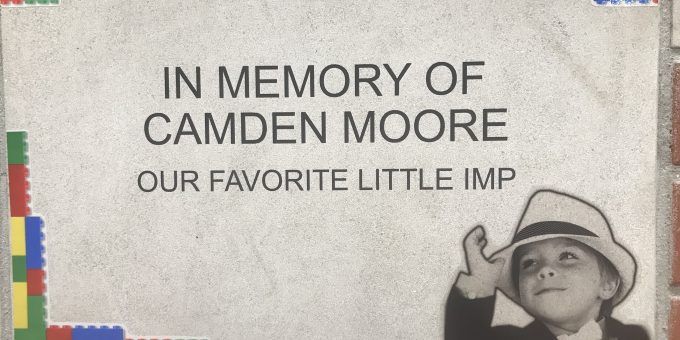 BEDFORD – No matter who you are, there is a quality, a trait, or a personality that you will be remembered by. It will live on, and when you are no longer around that piece of you will always be in the back of the minds of someone you came in contact with. When they least expect it, they will reflect back with a smile or laugh or comment “oh yes, I remember it and that crazy moment”.

“Once a Club kid, always a Club kid,” Timber Browning Marketing Director Boys and Girls Club of Lawrence County told the kids during the remembrance of a special one of their own, Camden Moore, who passed away on December 2020 in a tragic accident.

On Friday, morning Club staff members Timber Browning and Cathy Craig, along with Camden’s father Chris Moore, shared the memory of Camden. They could not hold back the tears when they shared those special qualities, character traits, and the special personality of Camden Moore, who will forever remain in the hearts and minds of many.

Camden was known for an infectious smile, concern for his friends at the club and making sure they had doughnuts.

“He always came in with a big ole smile every day, and told us he was going to get on his motorcycle with his dad and leave throughout the day. He would tell me I was not tough enough to ride a motorcycle,” said Cathy Craig Limestone Unit Director.

“He always threatened me and told me he was going to beat me up when he was taking his karate class. He would flex his muscle’s at me and tighten up his belt a little tighter. He told me he could whip me now,” Craig remembered.

Camden spent a lot of time in Craig’s office where she learned a lot about him and his adventures with his father. Camden would also build with Legos in her office and told her she was not allowed to tear them down. The Legos would sit there until the next time he came in and he tear them down and build new ones.

“He was an awesome boy and we missed him very much. I think about him a lot and I still have a picture of him at the swimming pool hanging in the club that was taken at the end of the summer pool party a couple of years ago,” Craig reflected on.

“Camden always knew he was not perfect but he always strived to be so,” Camden’s father Chris told those gathered at the presentation.

Chris Moore was also presented with a wooden engraved image of Camden wearing his father’s Beret. Chris wore the beret while in the Army, which fit Camden’s head perfectly.

“Camden left an impression on all of us. He definitely was a dynamic little boy, similar to a lot of kids we have here. The memorial on the wall puts it all into perspective on how fragile life really is,” said Frank Decker Chief Professional Officer of the Boys and Girls Club of Lawrence County.