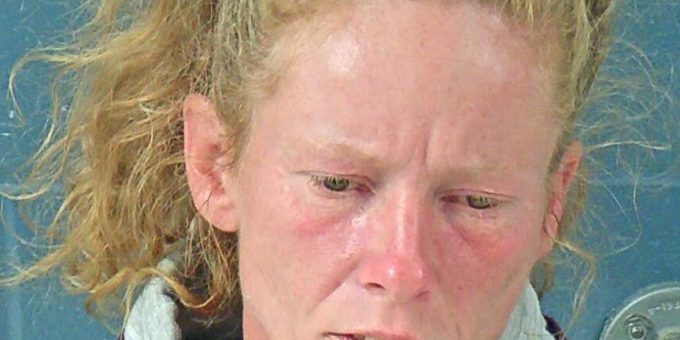 BEDFORD – A homeless woman was arrested after causing a disturbance at IU Health Bedford Hospital.

According to a probable cause affidavit, on July 2, at 11:30 p.m. an officer was called to the emergency room due to an agitated patient. The woman, 33-year-old Melisa Magness, was taken to the emergency room after she was found by a Bedford Police officer searching a dumpster behind Maurices.

The woman was evaluated and released which upset the woman saying she needed to go to “stress care”.

The officer told Magness she needed to leave the hospital or she would be arrested for trespassing.

Magness refused to leave, covering her head with a blanket.

When a technician attempted to remove the blanket, Magness swung a fist at the hospital employee.

At that time, the officer removed the blanket off of Magness’ head and ordered her to leave the premises. Magness shouted, “fine, take me to jail”, ran toward the nurse’s station and pulled the fire alarm.

The officers were able to detain Magness with handcuffs after she resisted and refused to cooperate. Officers escorted her to the parking lot where she continued to yell and then transported her to the Lawrence County Jail on charges of disorderly conduct, attempted battery, resisting arrest, and criminal trespassing.