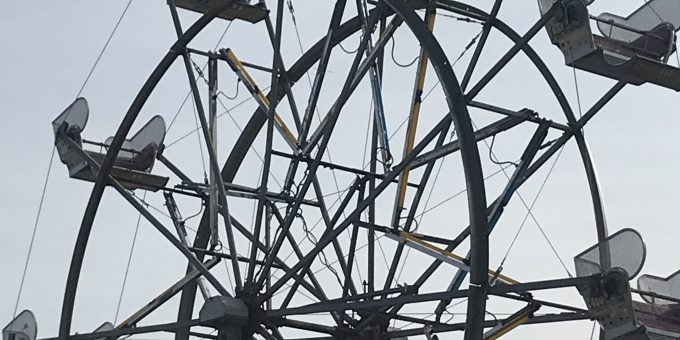 UNDATED – There was plenty of activity for those who wished to celebrate the Fourth of July weekend with their friends and family. Several local communities hosted activities to celebrate Independance Day.

Many took part of the wonderful ways to have a weekend of family fun from carnival rides, talent shows, and patriotic events to honor the 245th celebration of the nation’s Independence.

The veterans were treated to a free breakfast courtesy of Golden Corral of Bedford.

The Shoals Catfish Festival was in full swing offering several activities throughout the weekend. There was a talent show, catfish queen contest, parade, with their event finale, the fireworks display on the 4th.

Carnival rides that included a Ferris wheel was crowd pleasing for those attending this year.

The town of Washington, Indiana, hosted their traditional Fourth of July event which included carnival rides and events at the Washington City Park that brought hundreds of attendees.

Cracks, booms and awes rounded out the weekend celebration throughout our rural communities. A fun filled Friday night firework display took place at Lake Lemon Riddle Point Park. The skies were lit up Saturday night at Boggs Lake, and at the Lehigh Field in Mitchell. The weekend finale on Sunday could be seen and heard from miles with the show stopping firework displays in Bedford, French Lick, Shoals, Washington and at the Four Winds Marina in Bloomington, just to name a few.