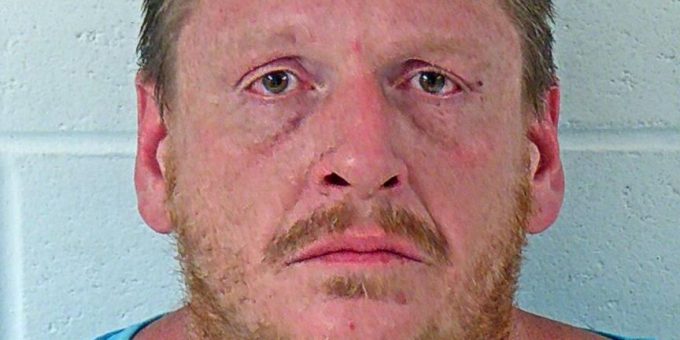 The message was from a female in the 1320 block of Lawrenceport Main. The woman told police 33-year-old Michael Wheeler, of Campbellsburg, refused to leave the woman’s home and had threatened to drown the woman in the pool.  The woman also told police she had a protective order in place against Wheeler.

Officers responded to the home and found the woman sitting in her vehicle and Wheeler walking down the road.

The woman told officers Wheeler had threatened her.

Officers stopped Wheeler and he was arrested for violating the protective order on a charge of invasion of privacy.

Wheeler told officers the woman had invited him over and he had been there for a few days.

The woman told police she had invited Wheeler to her house because she thought the protective order was dismissed.

While being booked into the jail, the jail officers found Wheeler with a baggie of marijuana, after it fell out of his pant leg.

Wheeler was then charged with possession of marijuana.