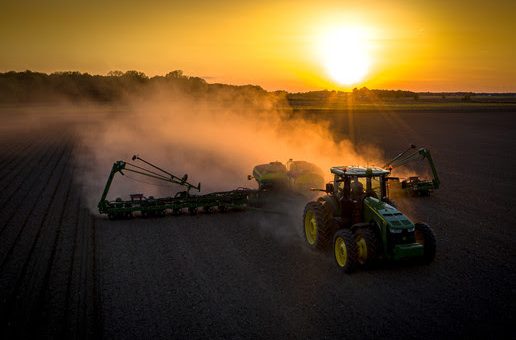 INDIANA — According to a recent conservation survey, Indiana farmers have set a conservation record this year by planting an estimated 1.5 million acres of overwinter living covers, the largest amount ever recorded by an Indiana Conservation Partnership survey.

Although the conservation transect doesn’t differentiate between cover crops and small grains, Indiana farmers typically plant fewer than 200,000 acres of small grains annually, so cover crops vastly dominate the 1.5 million estimated acres. With the exception of corn and soybeans, cover crops are planted on more acres than any other commodity crop in Indiana. Cover crops are typically planted in the fall after harvest, and designed to protect the soil and keep roots in the ground throughout the winter, which improves soil health and helps filter water runoff.

“I want to congratulate Hoosier farmers for continuing to be a leader in conservation,” said Lt. Gov. Suzanne Crouch, who also serves as Indiana Secretary of Agriculture and Rural Development. “By increasing our cover crop practices, we are keeping Indiana waterways and soil healthier for future planting seasons and the next generation of farmers.”

As a result of the cover crops planted last year, it is estimated that 1.6 million tons of sediment was prevented from entering Indiana’s waterways, which is enough sediment to fill more than 453 Olympic-size swimming pools. Overwintering covers also prevented 4.1 million pounds of nitrogen and over 2 million pounds of phosphorus from entering Indiana’s waterways.

The conservation survey also showed that 62% of farmed acres were not tilled and 18% had employed reduced tillage after the 2020 harvest. This early spring survey is not intended to quantify pre-planting tillage.

“This year’s data may be surprising to some considering the tough farm economy this past year. But over time, our farmers have learned that incorporating a comprehensive management system into their operation that includes cover crops and no-till/strip-till have helped improve the sustainability and productivity of their soils,” said Indiana State Conservationist, Jerry Raynor. “As a result, farmers are sequestering more carbon, increasing water infiltration, improving wildlife and pollinator habitat—all while harvesting better profits and often better yields.

Indiana State Department of Agriculture Director Bruce Kettler is excited to see what the future holds for soil conservation in Indiana.

“Soil conservation remains strong in Indiana and this recent survey proves that Hoosier farmers go above and beyond in their best management practices to increase soil heath,” said Kettler. “I am optimistic that this trend of increasing cover crop acres will continue for years to come.”

One Indiana farmer is already experiencing the benefits of adding a cover crop mixture to his operation this past year. Greg Mager farms 450 acres of corn, soybeans, and wheat in Parke County, Indiana. Along with managing cover crops on his operation for more than eight years, Mager is also promoting soil health on his land by continuously no-tilling for more than ten years and having a comprehensive nutrient and pest management plan for his land.

“The cover crops that I planted this year’s corn and beans into have held the weeds down considerably. So much so, I may not need any herbicide applications this year. If I do, it will be limited,” Mager said.

The conservation transect is a visual survey of cropland in the state. It was conducted between March and April 2021 by members of the Indiana Conservation Partnership, including the USDA Natural Resources Conservation Service, the Indiana State Department of Agriculture, Indiana’s Soil and Water Conservation Districts and Purdue Extension, as well as Earth Team volunteers, to show a more complete story of the state’s conservation efforts.

Click here or visit isda.in.gov to see the results from the survey.