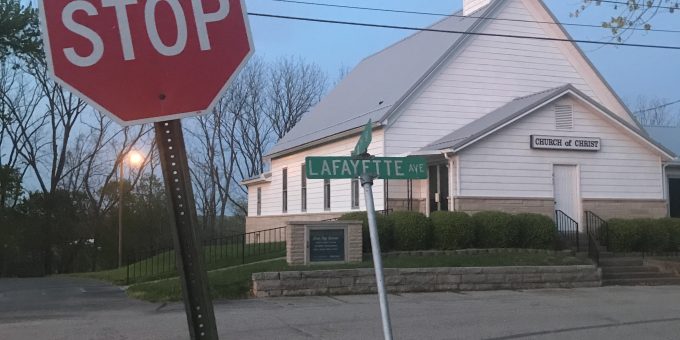 OOLITIC – The Town of Oolitic approved the placement of stop signs at two intersections on Vista Drive during their meeting Monday evening.

Discussion started back in April about the concerns of speeding on Vista Drive following the death of a small child in December 2020 while riding his bicycle.

Several residents also walk on Vista Drive which has no sidewalks for them to use to remain out of harm from motorists.

Broglin stated he spent two days observing 43 vehicles and using a radar gun to see if vehicles were speeding, 60 percent of those vehicles were going 26 miles per hour or greater on the small stretch of roadway that begins at Patton Hill Road and continued to the water treatment plant. The speed limit is 20 miles per hour.

Most of those speeding vehicles were residents that lived in the neighborhood.

According to town officials, residents did not want the placement of speed bumps on the streets. This is the first step to slow motorists down and address the issue of speeding vehicles.

Town attorney Greg Pittman will draft a new ordinance and present it at the next town council meeting in July. The ordinance will have to be advertised thirty days before the new ordinance can be enforced.

Residents have concerns over the speed of vehicles especially when General Motors employees travel to and from their scheduled work shifts.

Residents also inquired about how many speeding tickets have been written to enforce the town’s existing speed limits.

Broglin responded over the last month there were no tickets issued for speeding.

Over the last few months the residents have expressed they want more enforcement of speeding violations.

The Town of Oolitic only receives $5 from a $135 speeding ticket. The generation of revenue is not the concern of the town, it is a public safety issue. However, town officials would like to have a discussion with Indiana State Representative District 65, Chris May about why the local governments only receive a small percentage of revenue from citations.