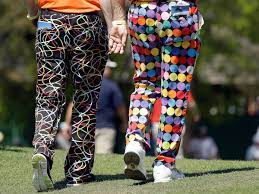 INDIANA – Insurance is one of those things we forget about until we need it, kind of like a spare tire. This is why National Insurance Awareness Day exists and is celebrated every year on June 28.

While the origin of this day is a mystery, what’s widely known is how important insurance is in many aspects of our lives. From car insurance to life insurance, to home insurance and more, these policies offer a layer of protection to guard us against feeling the harshest of blows by unfortunate events.

A 401(k) plan is also a sort of insurance plan for your retirement which is much easier to manage and also contributed by your employer.

The character Paul Bunyan was brought to life by the stories lumberjacks from the Northeastern United States and Eastern Canada told, back in the 18th century. They were all told orally and no original written account exists in the world. Even the etymology of the name is unknown, but some people believe it is related to the Québécois expression ‘bon yenne!,’ which is an exclamation of surprise or astonishment. Logging bunkhouses continued with the tradition of telling Paul Bunyan stories for decades after that, embellishing it with more and more details to make this lumberjack larger than life. Along the way, he also gained a companion, a giant blue-colored ox called Babe the Blue Ox, who was said to be a gift from Paul’s fellow woodsmen, Davy Crockett and Daniel Boone.

Paul Bunyan’s story was first written down by a journalist, James MacGillivray. However, this character was popularized by freelance writer and adman William Laughead when he created an advertising campaign for a logging company using Paul Bunyan stories. Soon, this character’s myth and tales spread far and wide around the U.S. and Canada, and he began to feature in many other promotional campaigns for products, services, and cities.

Even today, many U.S. cities in the north-central side claim the title of being Paul Bunyan’s official home. Statues were erected in various places — a 26 foot tall animated Paul Bunyan at an amusement park in Minnesota as well as a 49-foot tall statue of Bunyan and a 35-foot statue of Babe the Blue Ox in Klamath, California — to honor this folktale.

Unlike most other folklore heroes, Paul Bunyan has an origin story. As the story goes, five storks were needed to carry this large newborn. As he became older, when he clapped his hands and laughed, windows shook and shattered. Another tale has him sawing the wooden legs off of his parents’ bed in the middle of the night — when he was only seven months old! Over the years, many theories about who Paul Bunyan is based on have been thought up and rejected. Some believe Bunyan was based on a French-Canadian logger named Fabian ‘Joe’ Fournier, who moved to Michigan after the American Civil War. He was strongly built with giant hands and was above six feet in height. Some time during this period, stories about Fournier merged with tales about a French-Canadian war hero named Bon Jean, and many believe Bunyan’s name comes from ‘Bon Jean’.

Today, stories about Paul Bunyan have appeared in more than 1,000 books; and this character is renowned as one of the most popular and recognizable characters in American folklore.

Tuesday is all about hugging. Hugging is a simple way to express many different types of affection, from friendly to intimate, to familial. It’s an action largely limited to primates — while we can find instances of other animals in positions that resemble hugging, there aren’t any other species that do it so frequently, and for so many reasons — and so, in many ways, hugging sets us apart from the rest of the animal kingdom. It’s not just a differentiator, though: studies show that hugging releases oxytocin, known as the “cuddle hormone,” which can help to strengthen social bonds. So, on June 29, we celebrate Hug Holiday. Get your hugs today.

National Waffle Iron Day is also celebrated on Tuesday, June 29 as a way to celebrate the invention of this amazing device that allows millions of Americans to enjoy their breakfast. Waffle irons are found across homes in the United States and are used to make many varieties of waffles, ranging from the simple waffle to the fancier and more modern takes on this favorite breakfast food.

On Wednesday June 30, International Asteroid Day will have everyone looking toward the skies. The holiday was founded after the 2014 release of the film 51 Degrees North, which explores what would happen if an asteroid were to strike London. The film’s creative team (many of whom are scientists) wanted to raise more awareness about the threat of asteroids to earth, and how we can help protect ourselves.

To make that happen, they formed a foundation, and in 2015, they celebrated the world’s first International Asteroid Day. There are over one million asteroids in space that could potentially strike the earth, but modern scientists have only discovered about one percent of them. To combat this, Asteroid Day’s founders, as well as a host of accomplished scientists, created the 100X Asteroid Declaration. The declaration aims for scientists to work to increase the rate of asteroid discovery to 100,000 per year within a decade. International Asteroid Day focuses on spreading the word of the declaration and helping fellow Earthlings prepare for a potential asteroid impact.

Wednesday is also National OOTD Day, a day that showcases the fashionista inside you by sporting one of your best outfits. Not sure what ‘OOTD’ is? Well, it’s a Gen X term that means ‘outfit of the day.’ The short form of the term originated on social media when bloggers and fashion icons would post their outfits on platforms such as Instagram, Twitter, Pinterest, etc. Since then, the term has taken on a life of its own and has turned into a famous hashtag used to define a trendy outfit. With the OOTD being so important for men and women across the globe, it’s not a surprise a day has been specifically dedicated to it!

International Chicken Wing Day is celebrated on Thursday, July 1. This day recognizes every type of chicken wing, whether it is buffalo wings or different sauce varieties such as barbeque, ranch, garlic, or parmesan — the list is endless. It strives to give importance to chicken wings of all shapes, sizes, flavors, types. What’s most important is that you have a bucket of chicken wings ready to be indulged in on this day.

Thursday is also International Joke Day. Where would any of us be without jokes and laughter to brighten our spirits? It can help any situation. This July 1, we invite you to take some time out of your day to recognize the important job humor plays in keeping stress at bay, building relationships, and bringing levity to a world that badly needs it. And be sure not to confuse the purpose of International Joke Day with April Fools’ Day — the two couldn’t be further apart. July 1 is all about getting a grin out of your best friend, sharing a laugh on social media, and appreciating the stand-up comics who have left us in stitches for decades.

Here is a joke to start your day. Never trust math teachers who use graph paper – they are always plotting something.

Wrong Trousers Day will be observed on Friday, July 2 this year, and we owe it to the British for creating an event where the wackiest bottom wear can also help raise awareness for an important cause. Whether from the comfort of your own home, school, or workplace, everyone has a chance to participate in this national event, which aims to raise funds for children’s hospitals and hospices across the U.K.

Not only does observing this day help support sick children and their families, but it also brings communities together in a fun way, which is why we are excited about this day. The idea is fairly straightforward — to participate, simply don the weirdest trousers you own (or raid your parents’ closets), keeping the rest of your outfit normal, and get ready to raise some awareness (and a few eyebrows) as you show off your look and donate for the “right to look wrong.”

On Friday we celebrate World UFO Day. UFOs have been the stuff of legend for centuries, but it wasn’t until the 1950s that freaky flying saucers grabbed national and international mainstream attention. Since then, UFOs have captured the minds of old and young alike, and witness’ stories have proliferated around the world.

World UFO Day serves as a way for everyone to come together and watch the skies on the same night in search of UFOs, but that’s not its only purpose. Many see the holiday as a way to spread knowledge and awareness of UFOs, making a case for their existence, and hoping to make disciples out of the dubious. So why July 2? For many, this date represents the anniversary of the famed and all-but-confirmed 1947 incident in Roswell, New Mexico. Believers claim a UFO crash-landed here, deep in the American southwest, but that the government has been covering it up ever since. What do you believe?

National Compliment Your Mirror Day is on Saturday, July 3. We live in an image-driven world. Sometimes this can cause us to not notice and compliment a very important person in our lives, ourselves! This day motivates us to look in the mirror and recognize all those things that make us exceptional, inside and out.

Americans will come together on Sunday, July 4 to celebrate the nation’s birthday and Independence Day. On this day, most Americans enjoy grills in their backyards, at beaches, or in parks. Some partake in parades or marches and enjoy the fireworks that are often launched at dusk. Happy Fourth!