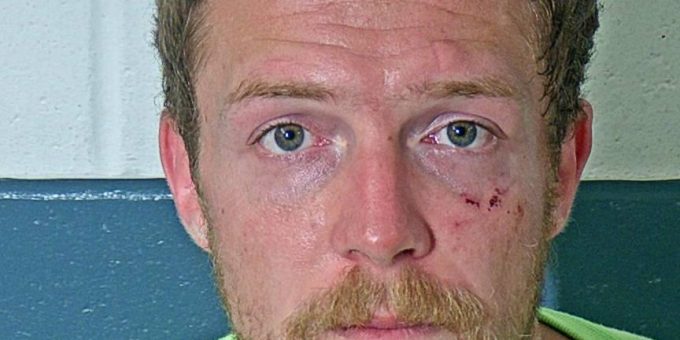 BEDFORD – A Bedford man was arrested on Friday night after Bedford Police officers were alerted to a domestic fight in the area of 17th and J streets. The caller told police they witnessed a male slap a female.

When police arrived at 9:08 p.m. they found 29-year-old Kyle Guthrie and a  female still arguing.

Both told police there was nothing physical that had happened and that they were only arguing.

Police requested permission to search them both.

The female was released from the scene.