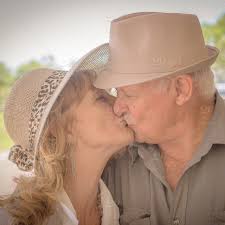 INDIANA – Pucker up, today is National Kissing Day. Today is all about showing your love and improving your health. That’s right, kissing is actually good for you — #wellness. Kissing relieves stress, burns calories, and benefits your immunity. With so many perks, we can’t imagine why anyone wouldn’t want to celebrate, so pucker up!

Historians believe the earliest references to kissing trace back to India, with four major texts in the Vedic Sanskrit literature referencing the supposed earliest forms of kissing. Dating from 1500 B.C., these texts describe ‘kissing’ as the act of rubbing and pressing noses together.

Fast forward to 326 B.C. and kissing became mainstream thanks to the army of Alexander the Great. After the death of Alexander, his army spread out — as did the act of kissing.

The kiss went mainstream thanks to the Romans, and as the saying goes, “do as the Romans do.” We’ll ignore the part about “when in Rome,” since they took their kissing knowledge and made it popular around the world.

Kissing was used to show friendship back then, and only if the kiss was “French” did it show passion. Ancient Roman culture went so far as to create laws around the act, stating that if a virgin was kissed passionately in public, she could demand full marriage rights — the Romans didn’t mess around.

Fast forward to today and you can see couples smooching everywhere, without all the scandal, hence why we have a whole day to celebrate!

On Wednesday don’t forget to stay hydrated. Each June 23, the U.S. celebrates National Hydration Day. Proper hydration is vital to living a healthy life, but it’s often overlooked. It’s easy to forget to carry a water bottle on a hot day outside, but skipping out on H2O can lead to major health risks. National Hydration Day was created in honor of late football coach Victor Hawkins, who invented a special hydrating mouthguard to keep his players healthy on the field. SafeTGard, the company that now sells his invention, launched the holiday after Hawkins’ passing to honor his legacy and to encourage others to stay hydrated. Whether you’re a professional athlete, a casual exerciser, or someone who simply loves to spend time outside in the sun, drinking water is key to avoiding heat stroke, dehydration, and other dangerous issues. Celebrating National Hydration Day is a great way to raise awareness.

National Pink Day is also Wednesday. It’s a day to celebrate the meaning, history, and beauty of the pale shade of red. Surveys in both the United States and Europe found pink to be most commonly associated with femininity, sensitivity, and tenderness. From pink being a subject of recent pop culture to interesting facts about the delightful shade throughout time, the day celebrates all things pink. After all, as Elle Woods in “Legally Blonde” once famously said, “Whoever said orange is the new pink is seriously disturbed!”

On the last Thursday in June we celebrate National Work From Home Day, this year it is June 24. It’s a chance to recognize the technological and cultural evolutions that allow us as a work culture to be as productive anywhere in the world as we are in the office. For years, working at home had been the purview of certain types of jobs, or saved as a bonus to reward employees while the rest of us battled with the daily commute. Now, however, the tools exist so that nearly any office job can be done at home without a loss of productivity. Thursday, we celebrate those achievements and do so in our pajamas.

Music lovers worldwide come together to celebrate Global Beatles Day on June 25. The occasion pays tribute to The Beatles and the impact they had on both music history and pop culture. Paul McCartney, John Lennon, Ringo Starr, and George Harrison first recorded together as a foursome “The Fab Four” in 1962 — after producer George Martin fired original drummer Pete Best. The band’s work throughout the decade remains unparalleled in pop music.

Friday is also National Take Your Dog to Work Day. It is celebrated annually on the Friday following Father’s Day (June 25), honors one of our most beloved pets. Wouldn’t you agree, the hardest part of the day is leaving our four-legged fur babies behind as we head to the office? So, when Pet Sitters International (PSI) pitched the idea of taking them with us, how could we resist? Dogs brighten up even the best days so it’s pretty obvious they will up the fun factor at work exponentially. As you run out the door, don’t forget your briefcase and a doggie bag. We’ll see you at the office!

Ham radio operators from the Hoosier Hills Ham Club in Lawrence County will be participating in a national amateur radio exercise from 2 p.m. until 10 p.m. on Saturday at their club facility located at 1508 Rariden Hill Road, in Mitchell.  Those with an interest in amateur radio are invited to attend to see the radios in action during the event.

A contest is held each year with individuals, clubs, and teams trying to make contact with as many stations as possible over 24 hours. Field Day 2020 will take place on June 26 and June 28 with more than 35,00 people expected to take part. It begins at 18:00 UTC Saturday and runs through 20:59 UTC Sunday. Pack your camping equipment, throw up some temporary antennas, and spin the dials on your radio, because this not-to-be-missed event is rich in history, tradition, and technology.

On Sunday, June 27, we talk about PTSD, a complex disorder caused by experiencing or witnessing trauma. The trauma necessary to cause PTSD can originate from many events — potentially an accident, combat, a natural disaster, or an assault — but there are other ways PTSD symptoms can arise.

A trained professional must diagnose PTSD, based on symptoms like hypervigilance, mood swings, recurring and involuntary flashbacks to the trauma, and avoidance. The National Center for PTSD declared all of June to be PTSD Awareness month — you can help their campaign by educating yourself and others about the illness and sharing help with those who might need it.

Everyone loves a good set of shades… so why not grab your best sunglasses and make some waves at the pool, beach, or just walking down the street with your sweet shades. Make sure you’re wearing some sunglasses and join in the fun of National Sunglasses Day on Sunday, June 27.