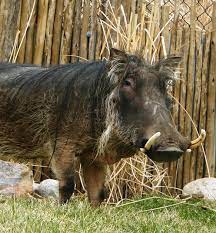 INDIANAPOLIS — An Indianapolis Zookeeper was injured Tuesday morning while working with warthogs, according to zoo officials.

The keeper, who has not been identified by zoo officials, was transported to the hospital Tuesday after suffering non-life-threatening injuries.

The incident happened while the keeper was working with warthogs in an off-exhibit holding area.

Zoo officials said staff responded immediately and emergency personnel were on site within minutes of the incident.