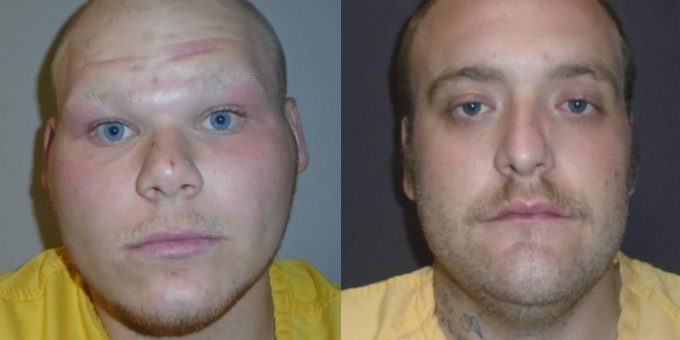 After an Indiana State Police investigation, troopers arrested 23-year-old Matthew T. Earle, of Terre Haute and 20-yar-old Kyle R. Johnson, of Coal City, on charges of criminal recklessness with a deadly weapon and obstruction of justice, though officials say additional charges are possible after the shooting death of 15-year-old Mezmriah Wilson.

The fatal shooting occurred in Carlisle on June 10th.

On June 10, at approximately 12 a.m, Sullivan County Dispatch received a 911 call reporting multiple gunshots being fired at the intersection of Lewis and Ledgerwood streets in Carlisle.

The preliminary investigation by Putnamville State Police Post detectives indicates there was a large gathering of two separate groups at the intersection. An altercation took place. An individual pulled out a handgun and fired multiple shots in the direction of the opposing group, resulting in 15-year-old Mezmariah Wilson, of Shelburn, being struck by gunfire. She suffered an upper-body wound. When police arrived, they immediately began rendering medical attention.

Wilson was transported to Sullivan County Community Hospital in Sullivan and was then airlifted to a hospital in Indianapolis for treatment.  Unfortunately, she later died from the injuries.

Indiana State Police is investigating the crime say more charges could be filed against Todd Earle.

Earle appeared in Sullivan County Circuit Court on Friday for his initial hearing. He was appointed a public defender. Judge Robert Hunley set a pretrial conference for August 16th at 9 a.m. A jury trail was set for September 28th at 9 a.m.

Johnson appeared in Sullivan Superior Court on June 16th. Judge Hugh Hunt will oversee a status of counsel hearing on June 15th at 11 a.m. A pretrial conference is set for September 7th at 10 a.m. and a jury trial for October 12th at 1 p.m.

Both are being held in the Sullivan County Jail on a $30,000 cash bond.