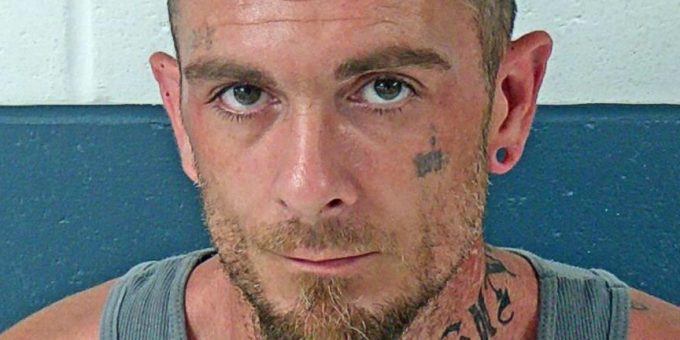 MITCHELL – A Mitchell man was arrested Saturday after a Mitchell Police officer saw him driving a motorcycle at 4:25 p.m. on Meridian Road.

The officer knew 38-year-old Matthew Russell did not have a valid driver’s license.

Russell did not immediately stop and the officer followed him onto Warren Street. The officer then saw Russell throw a small colored object from his hand onto the road.

The officer stopped the vehicle and retrieved a “Diamond” matchbox. Inside was a plastic bag that contained 0.80 grams of crystal meth and two other baggies that contained 1.25 grams of heroin.

The officer continued to follow Russell who then made a u-turn and approached the police vehicle.

The officer blocked Russell’s path of travel and Russell stopped.

Russell denied throwing the matchbox on the ground.

He was then arrested on charges of possession of meth, possession of cocaine, or a narcotic drug and was issued a citation for expired license plates and never receiving a license.