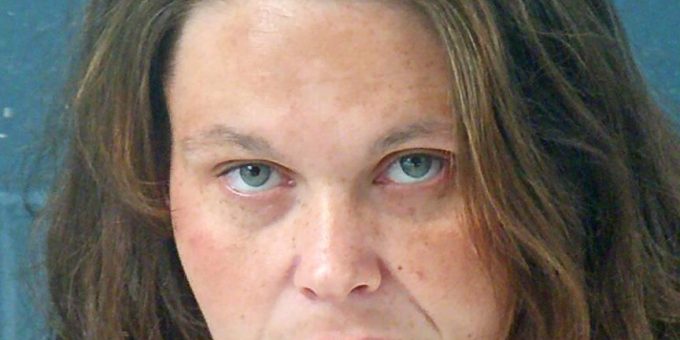 BEDFORD – A Bedford woman was arrested after a Lawrence County Sheriff’s Department deputy stopped her vehicle for several traffic violations.

According to a probable cause affidavit, 30-year-old Tammy Nicholson drove her vehicle across the fog line and then made a turn and failed to signal her turn onto 16th Street.

While  speaking with Nicholson and her male passenger the officer noticed Nicholson was nervous.

Canine Zazu was requested to the scene and alerted officers to drugs in the vehicle.

During a search of the vehicle police found marijuana in a baggie near the rear floorboard.

Nicholson admitted the marijuana was hers.

Also in her purse the officer found a container that tested positive for meth residue. Nicholson said the container was not hers and it was not her passengers.