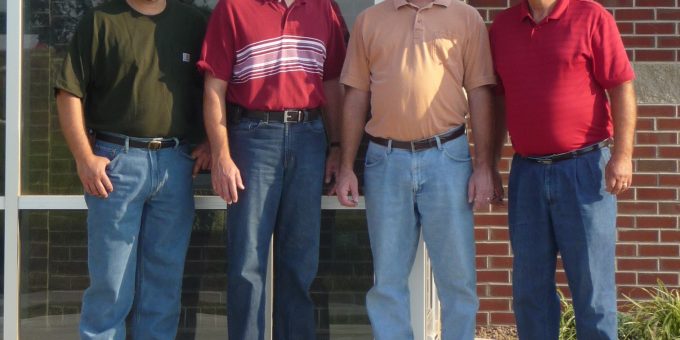 ORLEANS – Doug Johnson who is over the hog production at River View Farms, Inc. says a new court ruling will make it tough for his family-owned farm to sell their hogs.

The farm raises pigs from birth to market weight. They are fed a custom, hormone free diet that changes as the animal grows to provide the best nutrition possible.

River View Farms sells pigs to a processing facility that utilizes the U.S. Department of Agriculture’s New Swine Inspection System (NSIS), which allows for pork processing facilities to operate at a faster rate. NSIS, initiated during the Clinton administration and evaluated at five pilot plants over 20 years, was approved for industry-wide adoption in 2019.

“Even with this two-decade track record, a federal court recently struck down an NSIS provision that could result in a 2.5 percent loss in nationwide packing capacity unless USDA challenges this decision,” Johnson said. “Since my farm markets pigs to one of the plants that were operating under the new system for increased speeds, we will be disproportionately affected. The plant we sell to will need to decrease the number of pigs they accept which will create a backup of animals on the farm. This change could put us in a place where we don’t know where our pigs will be processed in the future or how much we will be able to sell them. It’s not just our farm. The court ruling will affect Indiana’s nearly 3,000 hog farms and trickle down throughout the entire economy.”

Even farms that don’t sell directly to one of these plants they could still be hit in the pocketbook once there are more pigs in the U.S. than there is production capacity. Indiana hog production generates 14,590 jobs and contributes more than $633 million in personal income. All of this could be in jeopardy if this damaging court ruling stands, Johnson added.

“If small hog farmers are forced out of business, we will see a more consolidated pork industry,” he added. “This could reduce competition, drive industry consolidation, and concentrate more power in the hands of pork processors – all with the stroke of a judge’s pen. We can avoid these damaging outcomes. We need USDA to stand up for Indiana hog farmers and other producers across the country by both appealing the federal court decision and seeking a stay, halting the ruling from being enacted at the end of next month. This will help preserve my farm’s market access and many other Indiana farms in a similar situation.”