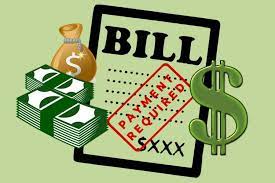 INDIANA – new survey data on Americans’ habits and sentiments around bill pay and financial health, more than a year into the COVID-19 pandemic. This survey data is presented in doxoINSIGHTS’ new report, “Household Bills and Financial Health After a Year of COVID-19: Changes in Consumer Saving and Spending Habits.” The report shows where households saw the biggest change in their bills since March of last year, how these changes impacted their spending and saving habits, both in the short and long term, and whether a series of stimulus checks brought the expected financial relief.

Key findings from the report include:

The majority of stimulus funds were used towards reducing household bills

Residents of Bedford pay an average of $922 a month in 8 key household bill categories (, which is 9.3 percent lower than the national average of $1016.

Average Monthly Bills for Others