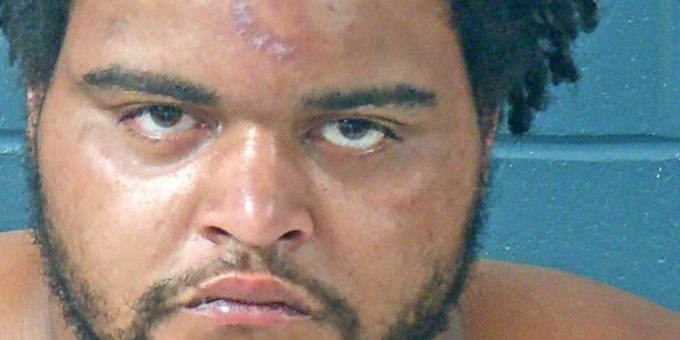 MITCHELL – A Mitchell man was arrested on Wednesday, after Mitchell Police officers were called to a domestic fight in the 160 block of Dale Street.

According to a probable cause affidavit, officers arrived at 10:18 p.m. and spoke to a female who was standing outside. She told police Morgan had injured her. Police say the woman’s lip was bleeding.

When police entered the home they found blood droplets on the floor, and a small metal table by the front door.

The woman requested to file charges and Morgan was detained.

The woman told police she had returned home at 10 p.m. with her two children and went inside to retrieve some clothing. The children remained in the vehicle.

Her ex-boyfriend Morgan was in the residence.

He allegedly lunged at her once she departed the vehicle, shoving her to the ground. She fell and struck her lip on the small metal table.

She exited the residence and dialed 911.

She told police this was not the first time Morgan had injured her.

While transporting Morgan to the jail, he told police he had two “ecstasy” pills, located in his cigarette pack. The officer found the pills in a plastic baggie that also contained meth residue.