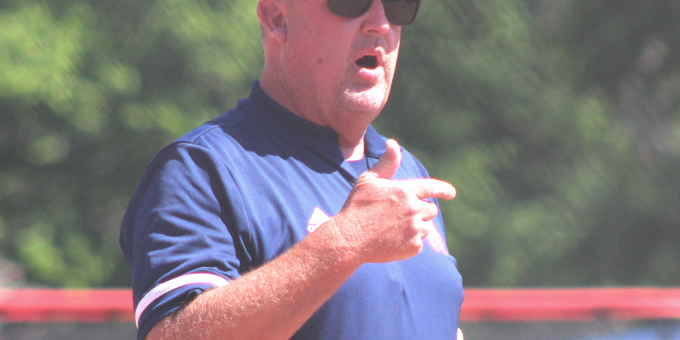 BEDFORD – The climb toward the softball summit was challenging, the view spectacular as Bedford North Lawrence scaled new heights during a record-setting 2021 season. The peak proved elusive, agonizingly close yet out of reach, but the journey was worth it.

The Stars captured the imagination of an expanding fan base and earned new levels of respect during their 28-5 campaign, which ended in the Class 4A semistate semifinal. Just how close did BNL, which finished in the state’s Elite Eight, come to the top? The Stars lost 2-1 to Mt. Vernon (Fortville), which later fell to Roncalli 1-0 in 10 innings in the semistate final. The difference is as little as one key hit at the right time. Close enough for a grand view.

BNL won a share of the Hoosier Hills Conference title (the first since 1998), claimed a sectional crown and added a regional championship (the first since 1997). The Stars set records for wins, home runs and breathtaking moments. They will be hard pressed to duplicate their performance. Yet that is the goal. Do it again.

“We had a great season,” BNL coach Brad Gilbert said. “After a day or two, when we can catch our breath and look back on what we did, the kids will be ‘Oh my gosh, it was a great ride, it was fun.’ We played well.

”It’s going to be up to the kids coming back, and kids coming in, to continue it and build, get us to the next level. Our goal needs to be to get back to the semistate.”

BNL’s success centered on its senior class, including the three starters who played such key roles. Their loss will be felt, their legacy cemented.

“We’re going to miss them,” Gilbert said. “Here’s the deal, they were great leaders, every one of them. They pretty much showed us the way to get to this level.”

The greatest impact will be the departure of superstar catcher Sarah Stone, the University of Kentucky recruit who is one of the leading candidates for the prestigious Miss Softball award. Her numbers were huge – .540 batting average, 17 home runs, 49 RBIs – but her influence went beyond numbers. She mentored the younger generation, played with such joy and passion.

Brynlea Bennett, fresh from signing with Indiana Wesleyan, was a fixture at third base and in the middle of the batting order as she hit .294 with 3 homers and 31 RBIs. Haley Deckard was versatile (playing first or the outfield) and hit .267. Seniors Brylee Blackwell, Alivia Davis and Bri Foddrill were cast in reserve roles.

“The whole group came to practice every day, without complaining, getting after it and working hard,” Gilbert said. “I’m just proud of the way they worked.”

What will BNL bring back in 2022? Plenty of firepower. Annie Waggoner set a school record by going 20-2 in the pitching circle, and she hit .404 with 8 homers and 36 RBIs. Center fielder Braxton McCauley added pop (.419, 6 HRs, 41 RBIs) and shortstop Carlee Kern was solid in the field and at the plate (.358). Second baseman Lauryn Anderson settled into the lead-off spot and hit .392 while scoring 30 runs. Aliza Jewell hit .338 and went 8-3 as a starting pitcher.

That’s quite a nucleus. That doesn’t include a talented junior class (with Carsyn Alvey, Maddy Bennett, McKaylin Turner and Emma Foreman waiting for their time to shine).

“The younger kids have to take what we did this season and say they’re going to work hard, get just a little bit better, and build on this,” Gilbert said. “We’ve got a lot of kids coming back that can play, some juniors that can play. It’s entirely up to them.”