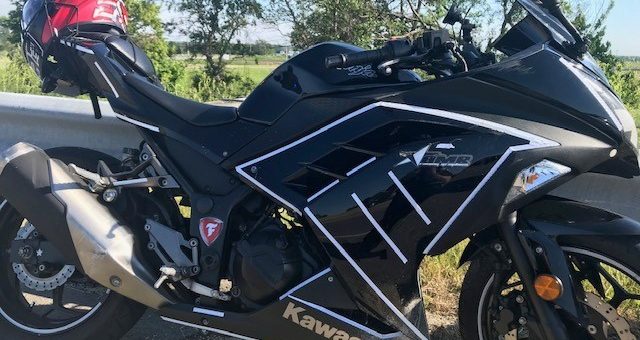 ST. JOSEPH CO. – On Thursday, a motorcyclist fled from an Indiana State Trooper in St. Joseph County but was caught a short time later and arrested.

Around 5:25 p.m. on June 3, a trooper saw a black 2013 Kawasaki Ninja motorcycle speeding westbound on State Road 2 near Quince Road. The trooper caught up to the motorcycle as it got caught up in stopped traffic at the traffic light at Quince Road.

As the Kawasaki and trooper went through the intersection the trooper activated the lights and siren on his fully marked police car. Glaze reports that the rider of the motorcycle, later identified as 28-year-old Timothy Hefner, of Michigan City, looked back at him before moving to the right shoulder and slowly crossing westbound lanes of State Road 2. Hefner then sped up traveling eastbound in the westbound lanes of State Road 2.

At the traffic light at Quince Road, Hefner then turned back around heading westbound in the westbound lanes on State Road 2. At Pine Road Hefner again turned, heading eastbound on State Road 2, refusing to stop. The chase continued onto the US 20 Bypass heading eastbound when Hefner is alleged to have reached back and flipped up his license plate, making it unreadable.

As the chase approached the Mayflower exit, Hefner slowed but went past the exit and then started to go down the ramp for traffic entering the US 20 Bypass from Mayflower Road. The trooper saw oncoming traffic and was able to drive around Hefner and block him from speeding into oncoming traffic. Hefner attempted to turn his Kawasaki around and bumped the guardrail and lost his balance. Hefner fell to the ground with the Kawasaki on his right leg. Hefner was then safely taken into custody. Heffner was also found to be in possession of medication identified as a controlled substance.

Once medically cleared, Hefner was transported to the St. Joseph County Jail. Hefner was preliminarily arrested for resisting law enforcement, reckless driving, possession of a legend drug, and possession of a controlled substance.