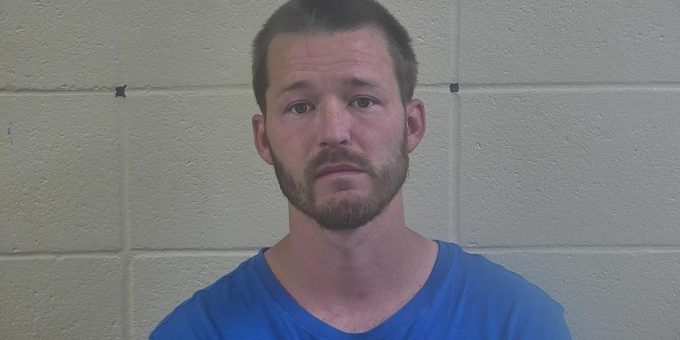 DUBOIS – Indiana Conservation Officers and the Dubois County Sheriffs Department are investigating a motor vehicle accident that occurred in the town of Dubois.

The accident resulted in destruction of a road sign, stop sign and two utility poles.  The truck came to rest under the second utility pole that it struck.

The driver of the vehicle was identified as 31-year-old Ryan M. Singleton, of Dubois.  Police say Singleton showed signs of impairment at the accident scene and was taken to the Jasper City Police Department for a certified chemical test.

After becoming verbally abusive and refusing to take the chemical test Singleton head-butted a conservation officer in the face.

After medical clearance at Memorial Hospital, Singleton was booked into the Dubois County Jail without further incident on charges of operating a vehicle while intoxicated, OWI endangerment, OWI refusal, and battery on a law enforcement officer.