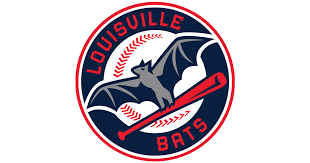 LOUISVILLE, Ky. – The Louisville Bats announced that Tuesday’s 7 p.m. game against the St. Paul Saints tonight (June 1) has been postponed due to rain.

The Bats and Saints will continue their regularly scheduled series tomorrow, Wednesday, June 2, at 7 p.m., before playing a doubleheader on Thursday, June 3.

Thursday’s doubleheader will feature two seven-inning contests at Louisville Slugger Field beginning at 5:30 p.m. (gates open at 5 p.m.). The second contest of the twin bill will begin approximately 30 minutes after the conclusion of the first game.

Fans can redeem their tickets from Tuesday’s game for any remaining contest during the current homestand (through June 6) by emailing info@batsbaseball.com. To redeem tickets for a 2021 home game scheduled after the completion of the current homestand, ticket holders are asked to wait until June 16 to email their requests. After June 16, fans can request their tickets by emailing info@batsbaseball.com.

Additional information regarding ticket exchange procedures will be emailed to the person who originally purchased the tickets.