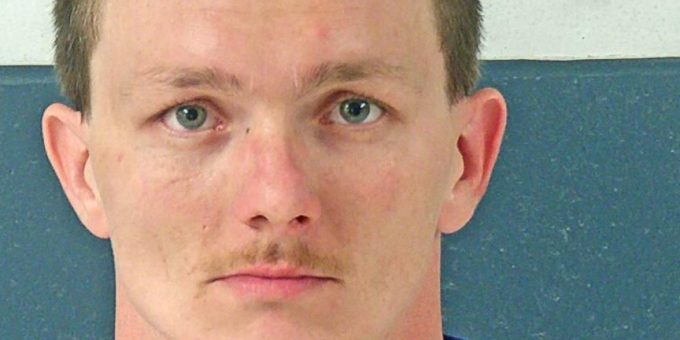 BEDFORD – An Indianapolis man was arrested early Monday morning after Bedford Police officers were called to investigate a theft from an apartment at Day Court Apartments.

When police arrived at 3:57 a.m. they spoke to the resident who told police she had met 25-year-old Mark Moore, of Indianapolis on Meet App.

The woman told police the two were hanging out at her apartment when she noticed that after Moore left he had taken her Iphone 8. The caller said the phone contained her Cash app and her bank account information.

The woman told police she had paid Moore $40 through the Cash app for gas money to travel to her apartment.

After she realized her phone was missing she used another phone and learned Moore had also made two other transactions using her account, one for $32 and the other for $8.

The woman gave police a description of Moore and said he was driving a black Lincoln Navigator and was possibly heading back to Indianapolis.

While speaking to the woman, a Lawrence County Sheriff’s Department deputy located Moore’s vehicle traveling east on US 50 and had pulled into Farmers Market.

The deputy stopped the vehicle and detained Moore until Bedford Police arrived.

Moore confirmed he had been at the apartment but denied taking the phone. He told police the woman had left the phone in his vehicle.

Police returned the woman’s phone. She denied leaving the phone in Moore’s vehicle and she had it charging in her living room when she discovered it was missing.

According to Bedford Police, Moore had a lengthy criminal history for theft.