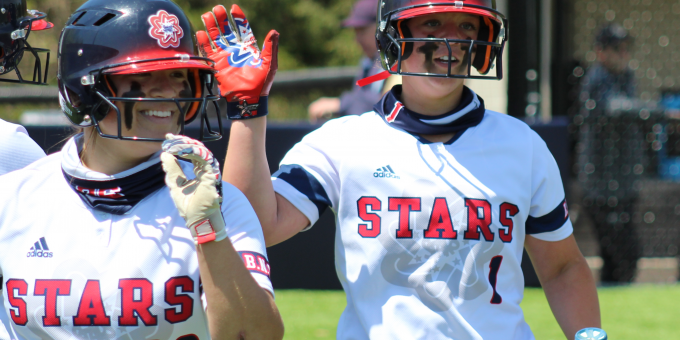 BEDFORD – Each step, each phase of the state series, is tougher, and it should be that way. The comparison is a tractor pull. The longer the machine pulls the sled down the track, the more the shifting weight load bears down and causes considerable strain.

Bedford North Lawrence is ready for Phase 3, a one-game collision with a heavyweight opponent, and the finish line will require a hard haul when the No.8 Stars host the second stage of the IHSAA tournament.

BNL (27-4) will clash with No.15 Gibson Southern (25-4) on Tuesday at 7 p.m., with the winner advancing to the two-game semistate at Center Grove. The Stars are chasing their first regional championship since 1997, the last year of the single-class tournament.

The first two successful steps were accomplished with minimum stress as the Stars conquered New Albany in the semifinal round of the sectional at Jennings County, then eliminated nemesis Floyd Central to claim the coveted title. Step 3 will not be easy. The Titans have pitching power and thunderous bats.

“Every level you get to and win, you move on,” BNL coach Brad Gilbert said. “And that’s what we’re trying to do. We don’t want to downplay it, because it is a regional championship, but to us it’s Game 3, as far as a six-game series we’re going after. We need to win six games to win the state championship. We’re playing it as Game 3 of what we have planned, to go deep in the tournament.

“That’s why we beefed up our schedule, so you don’t get that shell shock as you keep moving up. All of a sudden you get tough stuff. We’ve seen talent like that so it’s not a shock, where we weren’t ready for that.”

BNL should be ready, with a five-game winning streak for momentum and an expected overflow crowd for home-field advantage. The Stars have an ace in the circle with sophomore Annie Waggoner (19-1, 1.73 ERA) and an arsenal of offensive weapons, led by senior slugger and Kentucky recruit Sarah Stone (.554, 16 home runs, 45 RBIs). BNL has hammered 44 home runs and the team batting average is a pulsating .353 while averaging 8.6 runs per game.

At any point, almost anyone in the lineup can do considerable damage. They’ve taken turns playing the hero. One game it’s been Braxton McCauley (.443, 6 HRs, 41 RBIs), the next Brynlea Bennett (31 RBIs, including two clutch hits in the sectional final), or Haley Deckard (three hits against the Highlanders).

“I’m still waiting for five or six people to have a big game together, and that will be something to see,” Gilbert said. “If we get multiple hits by multiple players, that will be cool to watch.

“They really enjoy each other, they have fun together, on the field and off the field. There are no cliques, they are one big team and treat each other like family. It doesn’t matter who hits well or makes the plays, it’s all about the team. We have depth in all positions, and there’s no jealousy.”

While the long-ball numbers garner attention, BNL does not rely on the big blasts. Pitching and defense, with left-harder Aliza Jewell adding to the circle stats, have been key components to the success. Nobody holds their breath when a fly ball is launched or a ground ball is blistered.

“We try to keep it simple,” Gilbert said. “It’s routine ground balls. We just pound fundamentals and try to keep that fresh. If we focus on making the routine plays, every once in a while we will make the spectacular play (shortstop Carlee Kern’s diving catch in the sectional final as a prime example). When that happens, it deflates a team. That has to help your pitcher feel more comfortable. I can’t brag on it enough.

“When you get your kids to buy into that theory that we just try to hit the ball hard, not really try to hit home runs, that helps a lot. The down side to hitting home runs is sometimes you try to do it too much. If you ask them, most of the time we’re trying to hit a gap. Kids have made the comment we hit home runs by accident, and a lot of the time that’s the case.”

Gibson Southern is equally impressive and another level of hot with a 20-game winning streak. The Titans conquered Jasper in dramatic fashion, blasting three home runs in the fifth inning of the sectional final while rallying for a 5-2 victory over the Wildcats.

“It will be tough,” Gibson coach Gary May said of the battle with BNL. “That’s the thing about 4A. Each step is just harder. You never catch a break and get someone a little bit easier. But we’re playing pretty good, too.

“BNL has more home runs than us. Their catcher is going to Kentucky. They have a real good pitcher. They’re also young. They play on turf, which will be an adjustment. We’ll have to get on the football field on Monday.”

BNL won its regional title in ‘97 with extra-inning wins over Jasper (5-4 in 9 innings) and North Daviess (5-3 in 8 innings) before bowing to Boonville in the semistate. Gibson Southern has won 11 regionals, the last in 2019. Since there was no 2020 tournament, that makes the Titans the defending champions.