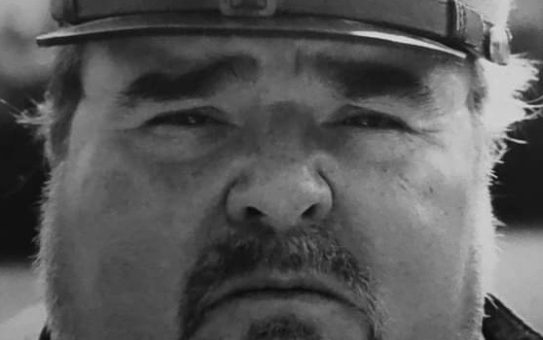 UNDATED – The Sons of Union Veterans John B Anderson Camp # 223 is seeking a new meeting location for the group.

Greg Baker, of Springville, has been a member of the group for over three years and has attended their meetings that were held at Mill Race Park in Columbus, Indiana.

The meetings for the group are normally held once a month from September – May from 6:00 p.m. -8:00 p.m. where group members are given assignments. The monthly meetings are typically a couple of hours.

Due to the closing time of Mill Race Park, the group is seeking a location within Southern Indiana.

The members also, take part in preserving Civil War Graves, march in parades, or take part in Civil War enactments that are held throughout the state such as those at Spring Mill State Park and West Boggs Park, in Martin County.

Baker’s great, great grandfather Martin Howard Anderson, who is buried in the Green Hill Cemetery, served in the Civil War for the Union.

In order to be a member of the organization, members must have family who served in the Civil War.

About John B. Anderson:

John B. Anderson, a lifelong resident of Bartholomew County was born in Hartsville, Indiana on December 29, 1846. He is the son of Daniel and Margaret Anderson, one of ten children. The family moved to Elizabethtown, Indiana in his early youth and stayed there.

At the age of 14 years old, John enlisted with the 6th Ind Volunteer Infantry Company G on September 10, 1861, serving four years with that Company.

He fought several engagements: The Battle of Shiloh, The Seige of Cornith Mississippi, Murfreesboro Tennessee, Liberty Gap, and Chickamauga Georgia. During the Battle of Chickamauga, John was wounded in the face.

Exchanged at Charleston, South Carolina on December 20, 1864, he arrived home on December 31, 1864, as one that had returned from the grave.

Shortly after the war, John and Laura Wilson married and from their union, came nine children. John became a school teacher in the county schools for over forty years in Rock Creek and German Townships. He was also Deputy Auditor and at one time a member of the Indiana State Board of Accounts.

John B. Anderson became a charter member of James Moffatt G.A. R. Post No 223 at Elizabethtown where he served as Post Commander at the time of its founding on August 12, 1883. Later he served as Quarter-master and leader in the reunions of Company G. He attended each and every reunion until he died on April 10, 1931. John was also a member of the I.O.O.F Lodge and took an active interest in both organizations.

John died on April 10, 1931. He is buried in Springer Cemetery alongside his wife Laura, who died in 1895. The Springer Cemetery is located six miles southeast of Columbus on U.S. 31. In attendance at his funeral were members of the James Moffat Post of Elizabethtown, the Isham Keith Post No. 13 out of Columbus, and a Spanish – American War Camp.

John had four brothers, two of which served in the Civil War. Capt. Elridge Anderson of Hope, Indiana. He served as a Captain in the 20th Volunteer Infantry and was wounded in the leg at the Battle of Gettysburg in 1863. He died on January 1, 1927. William H. Anderson, who was in the First Indiana Heavy Artillery, died on October 15, 1921.

The John S. Crump Camp # 32 was organized on July 2nd, 1897, and mustered in by Past Division Commander Frank Martin of Indianapolis, with forty-six charter members. At this time delegates were elected to attend the Division Encampment at Marion on July 6th – 7th and were instructed to urge the selection of Columbus as the place for the 1898 Encampment. The delegates were J.W. Prall, C.C. Brown, and Capt. W.A. Stevens and were successful in their efforts. The Camp is named for John S. Crump, who is one of Columbus’ most progressive citizens.

At nearby Elizabethtown, for Donelson Camp No. 66 Sons of Veterans was first mustered in July of 1887, and organized November 28, 1887 with twenty-three charter members, under Capt. Walter Trent commanding thirty-eight men. The exact dates are unknown at this time when these two camps ceased activity.

The Sons of the Union Veterans of the Civil War was a creation of the Grand Army of Republic which was formed in 1866. Wanting to pass on the heritage, the GAR of Philadelphia, Pennsylvania created the Corps of Cadets in 1878 which later became the Sons of Veterans of the United States of America. This latter organization was formed in Pittsburgh, Pennsylvania, on November 12, 1881. The units functioned much like the National Guard units and actually served along with the state militia during the Spanish – American War.

In 1904, the SV become a patriotic education society and in 1925 changed its name to the Sons of Veterans of the Civil War. In more recent years, the SVR’s mission has become more historic, ceremonial, and commemorative. Prior to disbanding, and before the death of its last member, the GAR officially designated the SUBVCW its successor and heir to its remaining property. On August 20, 1954, the SUVCW was officially incorporated by an Act of Congress by passing of Public Law 605 of the second session of the 83rd Congress.

Membership in the SUVCW is open to male descendants (sons, grandsons, great-grandsons, nephews, great grandnephews, etc. of soldiers, sailors, or marines who were mustered into Federal service and served honorably in, were honorably discharged from or died in the service of the Union Army or Navy during the War of Rebellion, 1861-1865. The applicants must be 14 years of age and must not have been convicted of any heinous or notorious crime (felony).

For more information regarding membership in the Sons of Union Veterans of the Civil War visit their website: http://www.suvcw.org/