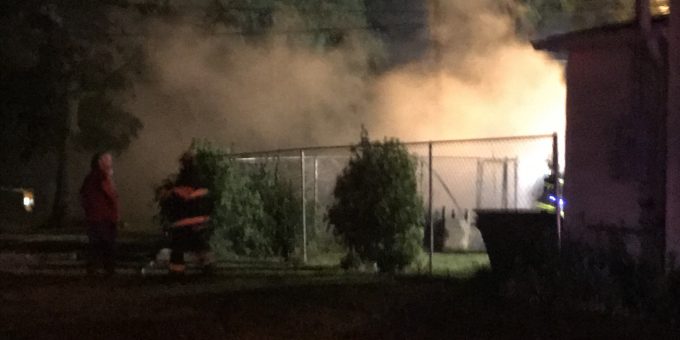 MITCHELL – Firefighters responded to the 400 block of North 8th Street Wednesday night to a garage fire.

The call came in at 11:19 p.m. with firefighters arriving to find the garage fully engulfed in flames and the power lines down on the ground and in the alley.

Firefighters from Mitchell and Marion Township Volunteer Fire Departments were able to get the fire under control quickly and keep it from spreading to other structures.

Firefighters stretched supply lines from a fire hydrant at 7th and Oak Streets to the fire scene. Eighth Street was closed for several minutes while firefighters worked the fire.

At this time the fire remains under investigation.