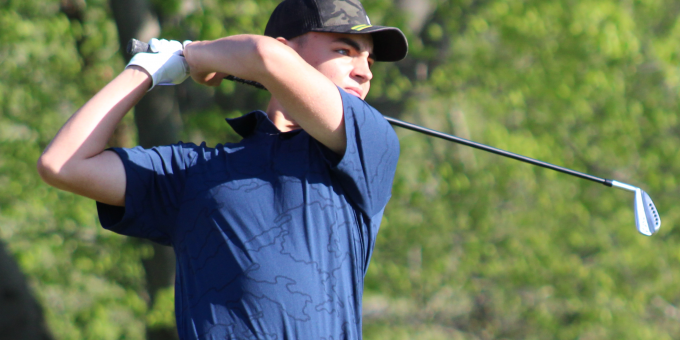 The Stars, with Colten Girgis carding an even-par 37, posted a team total of 156, while the Bluejackets finished with 204.

Girgis suffered a triple-bogey on the par-3 third hole, then erupted for four birdies on the final five holes. Ramzi Girgis played his best round of the season with a 39, and Trevin Hutchinson added a 39 after a rough start. Houston Corbin capped the BNL scoring with a 41.

“We had some nice scores,” BNL coach Mike Wright said. “Ramzi played one of his better rounds. I asked him where that had been all year, and he didn’t have an answer. That’s a great score for him.”

BNL celebrated its six seniors and invited back last year’s class (Cole Sanders, Peyton Wright and Cameron Jeskewich) to join in the festivities.

“It was more of an event than a meet with Senior Night,” Wright said. “As a group, it’s been awesome to see the team scores drop as the year has gone on, to see the improvement.

“It’s a great group. Any time you have six, there will be competition and someone will be left out. It’s one of the reasons I came back to coach this year, not being able to play last year. Going through that and then having a new coach would not have been fair to them. They left their mark with the HHC win, and it’s one of the most consistent group we’ve had as far as scores improving.”

BNL will compete in the Providence Invitational at Champions Pointe on Saturday.