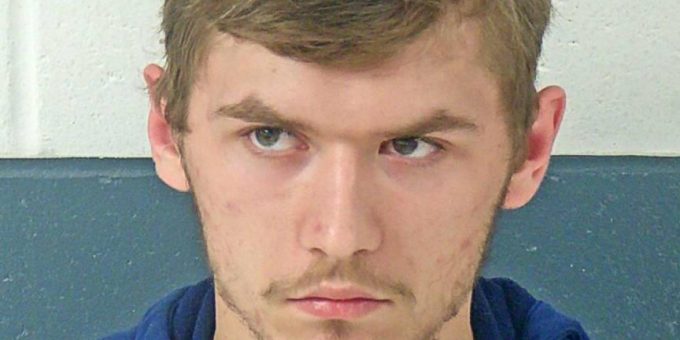 BEDFORD – A Paoli teen was arrested early Saturday morning after a Bedford Police officer stopped the driver of a  black Dodge Journey after the driver failed to use a turn signal when turning from State Road 37 onto 16th Street.

The driver stopped the vehicle on Plaza Drive near Michael Avenue. The license plate on the vehicle was for a 2007 Hyundai Tiburon.

Conn told officers he did not have the registration for the vehicle because he had just purchased it.

During the conversation, Conn became confrontational and disorderly.

Canine Dusty arrived on the scene and alerted officers to possible drugs in the vehicle.

During a search of the vehicle officers found a half empty bottle of Crown Royal.

While escorting Conn to the patrol car, Conn continued to be belligerent and shouted at officers. He refused to get into the police vehicle and had to be forcibly placed inside. Conn continued to shout profanities.

Police continued their search of the vehicle and found marijuana in the middle console.

Conn is facing charges of disorderly conduct, resisting law enforcement, illegal consumption, minor in possession of alcohol, possession of marijuana, and was issued a citation for operating a vehicle while never licensed.