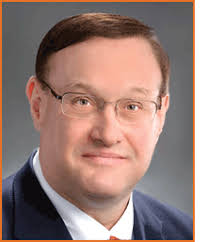 Furthermore, a per capita income ranking of 41st only improves to a middle-of-the-pack 24th when the state’s favorable cost of living is factored in.

“As we evaluate economic health post-pandemic, thought leaders must not wait for the dust to settle before evaluating the state’s economic vitality,” says Indiana Chamber President and CEO Kevin Brinegar.

“The sooner we identify our strengths and acknowledge our shortcomings, the sooner we can act. Our Report Card findings will serve as a basis for important discussions at a number of regional forums we are facilitating in the next two months.”

One high point is the two-year increase from nearly 87% to 92.6% of Hoosiers with access to high-speed broadband and mobile connections. What makes this even more impressive is that the national average decreased by 0.5% due to the FCC raising its standard for what qualifies as “high speed.”

Health care shortcomings continue to be a detriment, marring an otherwise strong business climate in the areas of taxes, regulations and more. Indiana’s adult smoking rate of 19.2% (a decrease from 21.8% in the most recent biennial comparison) is still 40th worst among the 50 states.

Brinegar stresses, “The single biggest step to improve Indiana’s overall health ranking would be for the General Assembly to finally increase the cigarette tax, leading to a decrease in smokers.”

Postsecondary results continue to lag with Indiana rankings of 37th and 40th in the areas of associate degrees and bachelor’s degrees. On a positive note, the number of graduating high school seniors needing remediation in both mathematics and language arts dropped to only 1% (compared to 11% in 2011).

In the Dynamic and Creative Culture driver, a low point of this 2021 Report Card is the drop from fifth to 23rd in net job creation in firms that are at least six years old. This marks the first year since 2009 that Indiana ranked outside the top 20. Bottom 10 results remain in the rate of new entrepreneurs as well as employment at young firms.

In better news, venture capital investments grew by 55.6% for the three-year period beginning in 2018.

“Chamber-led enhancements to the venture capital investment tax credit were achieved during the 2021 legislative session. Specifically, the cap was increased as was the amount of the credit that can be taken,” Brinegar offers. “We believe that will have a positive effect and we remain determined to help Indiana generate momentum in this important innovation driver.”

This is the fifth Indiana Vision 2025 Report Card in the past decade; full results are available at www.indianachamber.com/2025.

About Indiana Vision 2025
Mission: “Indiana will be a global leader in innovation and economic opportunity where enterprises and citizens prosper.” Indiana Vision 2025 was developed by a statewide task force of community, business and education leaders. The plan was released in early 2012.