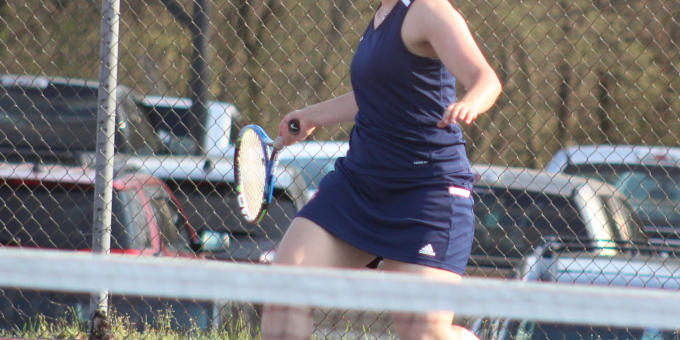 BLOOMINGTON – Bedford North Lawrence advanced to the IHSAA sectional final with a 4-1 victory over Martinsville in the semifinal at Bloomington North on Thursday.

The Stars (8-8) swept the doubles and won on the top two singles courts while earning a battle with Bloomington North in the championship match.

Bella Stigall and Mallory Pride pounced on Martinsville’s Katie Fulkerson and Lauren Leonard 6-1, 6-4 at No.1 doubles, while Kenley Craig and Izzy Alldredge handled Sasha Brown and Eliza Ostler 6-2, 6-1 at No.2.

“It was a good win for the team,” said BNL coach Joni Stigall, whose club defeated Martinsville in the first clash this year on April 6. “We played solid tennis and did what we had to do to advance.”

Bloomington North (which advanced with a 3-2 win over rival Bloomington South in the first round on Tuesday) conquered Edgewood in the other semifinal. The final is set for Friday at 5 p.m. North topped the Stars 5-0 in the first meeting earlier this season on April 12.

“North is a strong team,” Stigall said. “We will go out tomorrow with confidence. If we play really well and limit unforced errors, we can win some courts.”