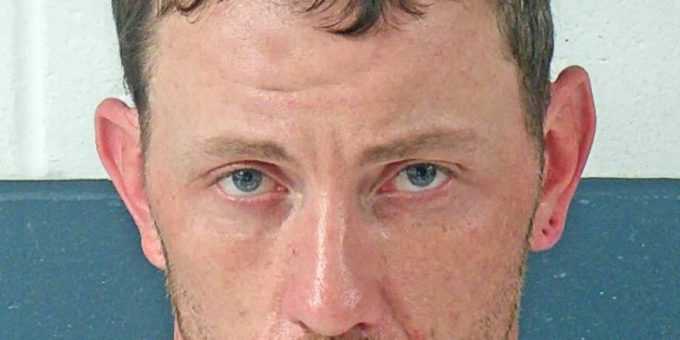 BEDFORD – A Mitchell man was arrested early this morning after a Bedford Police officer on routine patrol noticed a teal Ford Ranger traveling south on State Road 37 with the license plate obstructed by a ball hitch mounted to its bumper.

The officer stopped the driver on State Road 37, south of Patrick Robbins Way.

The driver was identified as 34-year-old Billy Kinser, of Mitchell. Police say Kinser appeared to be shaking and nervous.

Kinser told the officer his driver’s license was suspended because he was not paying his child support.

Kinser then admitted he had marijuana in the vehicle.

From a Coca-Cola can in the center console, police found a plastic baggie protruding from the mouth of the can that contained crystal meth. Kinser told officers he attempted to place the meth in the can after the officer activated his lights to stop his vehicle.