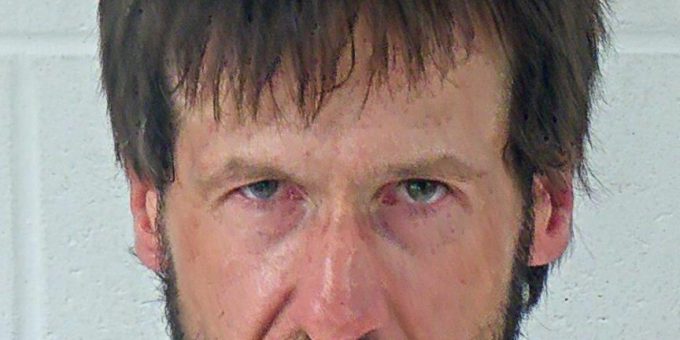 BEDFORD – A Bedford man was arrested Saturday afternoon after Bedford Police officers were called to the area of 11th and R streets about a male and female in a verbal altercation.

The caller reported a male had a child “pinned down”.

When police arrived they spoke to a juvenile who told police he witnessed the argument and the two involved were the parents of his friend.

The male juvenile told police he saw 37-year-old Walter Wachman throw a phone at the woman, causing it to break.

The woman involved told police that she and Wachman had been arguing most of the day and officers had been called earlier to a home in the 1030 block of Q Street.

During the earlier argument , she reported Wachman had stomped his foot on the floor and caused a projector to fall off a shelf and hit the woman on the top of the head causing her to bleed.

But the woman changed her story and told police Wachman had actually hit her in the head with his fist. The woman had her sunglasses on top of her head and they broke when he punched her causing the injury.

The woman told police Wachman had returned home to their house on Q Street.

The woman did not want to file charges.

Officers went to the home on Q Street to speak to Wachman and found him in a shed in the backyard.

After being placed in handcuffs Wachman became irate and began arguing with officers.

He was ordered to stop or he would be arrested on a charge of disorderly conduct.

Wachman then tensed up and began screaming at officers. Wachman, while being escorted to the police car, saw the woman walking home and began to yell at her.

After arriving at the police station, Wachman again became belligerent and uncooperative. He was briefly detained against a wall inside of the Police Department to regain cooperation.