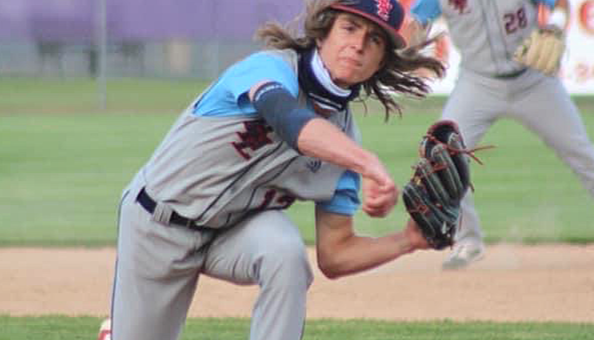 SEYMOUR – Bedford North Lawrence salvaged the final game of the Hoosier Hills Conference tournament with a 7-3 victory over Seymour during high school baseball action on Friday.

After suffering late letdowns in the first two games of the HHC, the Stars held on and extended their lead with two insurance runs in the seventh. Ryker Hughes (2-1) earned the win on the mound and got relief help from Pemberton. That duo allowed only four hits and worked around three BNL errors.

“It was good to get one in the left-hand column, good to get the win,” BNL coach Jeff Callahan said. “We didn’t play our best game, but we were able to minimize things when we made a couple of errors. Offensively we hit the ball a lot better.

“We talked about using this game as a springboard into next week. We have five games next week and we want to start playing better. Hopefully we can start getting some confidence back.”

BNL scored in the first on Cole Karr’s one-out double and Whitt Callahan’s two-out RBI single. The Owls took advantage of two BNL errors in the bottom of the first to take a 2-1 lead.

The Stars took control in the second. Walks to Kaedyn Bennett and Hughes set the stage for Pemberton’s double to center and Brown’s two-run double. BNL added another run that frame when Karr singled and Brown scored on a wild pitch.

Seymour scored in the fifth without a hit, with two walks, a fielder’s choice and a sacrifice fly, cutting BNL’s lead to 5-3. But BNL created more breathing room in the seventh. Evan Waggoner was hit by a pitch, Callahan singled and Braydon Brown walked to load the bases. Bennett forced in a run with a walk, and Kline Woodward’s ground out gave BNL a 7-3 cushion.

Karr was 3 for 4, Callahan had two hits, and Pemberton added two more. Pemberton earned a save with three innings of relief work, allowing only one hit and striking out four. Hughes fanned two and scattered three hits.

“They pitched real well,” Callahan said. “They were both able to get multiple pitches over the plate. Aden hasn’t pitched a lot because he’s a real asset at shortstop. He did a good job of closing the door.”