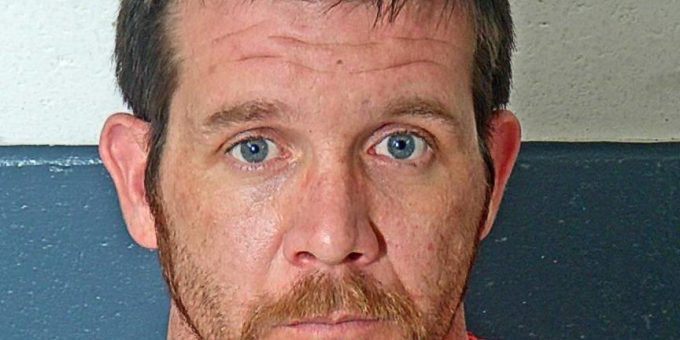 BEDFORD – A French Lick man was arrested on a warrant after he was stopped by an Indiana State Police trooper on Wednesday, February 24.

The trooper was patrolling on Mitchell Road near 17th Street, when he noticed the license plate light on a Ford Taurus was inoperable.

When the trooper ran the vehicle registration, he was alerted the owner of the vehicle was wanted on a warrant in Orange County. He then stopped the vehicle.

The driver was 35-year-old Jonathan Sturgeon of French Lick. The trooper said Sturgeon was wanted on a warrant, but Orange County officials would not extradite Sturgeon on the warrant.

Sturgeon stated there was nothing illegal in his vehicle, when asked by the the trooper. Sturgeon granted police consent to search the vehicle

When Sturgeon exited the vehicle the trooper noticed him reach and pull a folded receipt from under his leg. The trooper soon discovered that receipt contained about a gram of crystal meth.

Sturgeon told officers he bought the meth from a male fellow employee in French Lick.

The information was forwarded to the Lawrence County Prosecutor’s Office and a warrant was issued for Sturgeon’s arrest.

Sturgeon was arrested on a charge of possession of meth.