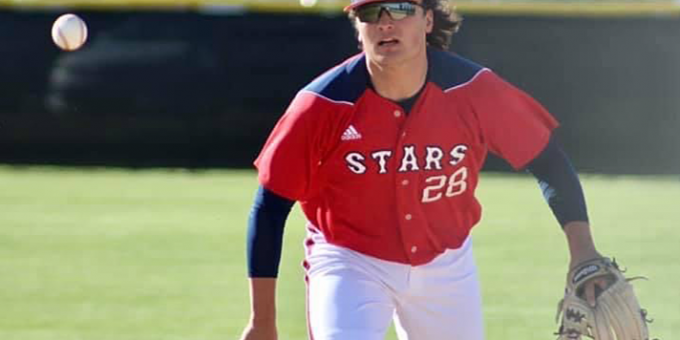 COLUMBUS – Columbus East scored four runs in both the fifth and sixth innings to rally past Bedford North Lawrence 8-2 in the consolation round of the Hoosier Hills Conference tournament on Wednesday.

The Olympians (7-10-1) trailed 2-0 when they battled back with a two-out, bases-loaded double by Will Rieckers to take control. Two errors by the Stars paved the way for four more East runs in the sixth.

BNL (15-8 with four straight losses) managed only four hits, one of them a double by Grant Dalton that set the stage for the two-run fourth. That lead didn’t last.

The Stars struck first when Cole Karr walked and Dalton lined a double to center. Konley Woodward chased home the first run with a ground out, and Braydon Brown got the second run home with a bunt.

East did a lot of damage without much hitting. Three walks and a hit batter produced the tying run in the fifth, and Rieckers doubled to left for a 4-2 lead. In the sixth, BNL’s defense broke down with two errors and two walks. All four runs scored without benefit of a hit that frame.

Ethan Ianni earned the win on the mound for East, working 3 2/3 innings in relief and striking out 4 while scattering 3 hits. Rieckers was 4 for 4 at the plate and had 3 RBIs.

Karr, Evan Waggoner and Aden Pemberton produced the other hits for the Stars. Karr suffered the loss, giving up 4 runs with only 3 hits in 4 2/3 innings. He struck out 7 but walked 4.

“The first four innings we played really well,” BNL coach Jeff Callahan said. “We had a couple of chances to get runs, and we have to be able to score when we can. We somehow have to get runs across, whether it’s a key hit or something to shake it up.”

BNL will visit Seymour on Friday. Jennings County conquered the Owls 2-0 in the other game of the consolation bracket.

In other HHC action, Floyd Central advanced to the final with a 5-3 victory over New Albany, while Jeffersonville scored a run in the bottom of the ninth inning to clip Madison 1-0 in the other semifinal. The Devils won without getting a hit.