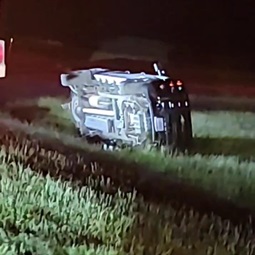 WASHINGTON – A 15-year-old was arrested after he led officers on a chase Saturday morning.

At 12:45 a.m. a Washington Police officer received a report of an abandoned trailer with mowing equipment at the intersection of Northwest 16th Street and McCormick Avenue.

The officer found the trailer had struck the guide wire on a utility pole and then flipped.

Officers located the owner and discovered the trailer and the vehicle it had been hooked to, had been stolen.

The driver sped off leading officers on a pursuit that ended when the driver who was traveling at a high rate of speed, rolled the vehicle.

The 15-year-old was arrested without further incident.