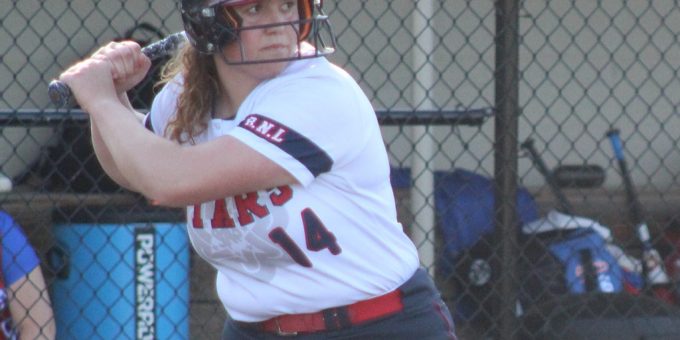 The No.6 Stars committed three costly errors and could not solve Seymour ace Stephanni Kleber, who kept the dangerous BNL offense at bay as the Owls stunned the Stars 8-2 to earn a piece of the league crown on Tuesday.

BNL (21-3) and Seymour both finished the league with 6-1 records. The Stars still claimed a share of their first league championship since 1998, while the Owls earned a part of the title for the second time. They won the last contested title in 2019.

The Stars managed seven hits, but Kleber fanned 7 while going the distance. BNL picked the worst time to play its worst game of the year. The level of disappointment was obvious.

“We didn’t get off the bus ready to play, that’s for sure,” BNL coach Brad Gilbert said. “I didn’t expect this. I thought we would hit a lot better, I didn’t expect to play this poorly. But we can’t let one game control our emotions. It’s not the end of the world.

“The good news is we have more games left. If someone had told us before the season we’d be co-champs and 21-3, we would have been happy about it. We have to learn from it and get better.”

Seymour scored first in the first. Kynadee Warner got on board via an error, Grace Meyer singled, and Kendrick Sterling reached on another error as the run scored. BNL came back with a run in the third as Carsyn Alvey singled, Lauryn Anderson bunted and reached on an error, Sarah Stone was intentionally walked to load the bases, and Annie Waggoner singled for a 1-1 deadlock.

But the Owls dominated from that point. In the third, Alyssa Perry opened the inning with a single, Meyer doubled, and Sterling chased both runners home with a double. In the fourth, two singles and the third BNL miscue loaded the bases, and Meyer ripped a two-run single. Sterling collected another RBI with a groundout.

The Stars scored in the fifth on doubles by Stone and Braxton McCauley, but Seymour plated two more in the sixth on Sydney Stewart’s two-run single.

“We left a lot of runners on bases, we did things out of character that we haven’t done all year,” Gilbert said. “We had plenty of opportunities. We just didn’t get the timely hit. It was like we waited around. Seymour was definitely more aggressive at the plate. They put the ball in play and we popped up too many times. We didn’t take advantage for things we had and tried to do too much defensively.“

Meyer was 3 for 3, Warner had 3 hits and Sterling totaled 4 RBIs for the Owls.

Stone and McCauley had 2 hits each for BNL. Aliza Jewell suffered the loss in the circle, allowing 4 hits and 2 earned runs in 3 innings.