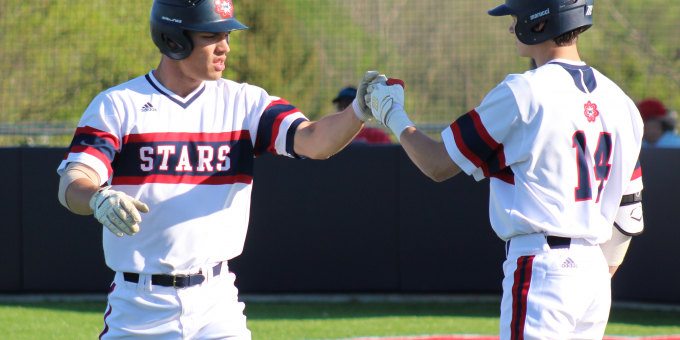 BEDFORD – Bedford North Lawrence drew a bye and will face Jeffersonville in the semifinal round of the Class 4A sectional at Floyd Central.

The Stars (10-3) faced the Red Devils (9-7) on April 23. Jeffersonville’s Max McEwen gave up a lead-off bunt single, then retired 21 straight batters during a 3-0 victory over BNL.

“We have seen Jeffersonville first hand, and it did not go well,” BNL coach Jeff Callahan said. “We may have the opportunity to play them again in the Hoosier Hills Conference tournament.

“Jeff is a really great program and very good team this year. We will have to play well to give us a chance to knock them off.”

In the top half of the bracket, New Albany (13-3) will meet Jennings County in the opening game, while Seymour (6-5) will face Floyd Central (11-5) in the second contest. Those winners will collide in the first semifinal.

“This sectional is tough, top to bottom,” Callahan said. “It is always good to get the bye and only have to beat two good teams instead of three.”

BNL won its last sectional title in 2017. Jeffersonville claimed the last contested championship in 2019. The 2020 season and state tournament were cancelled because of COVID-19 restrictions.

The sectional winner will advance to the two-game regional at Jasper on June 5.