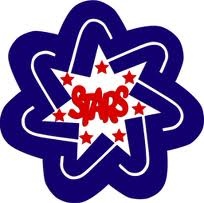 The Stars totaled 133 points to top the five-team field. Seymour was second with 112.

“I’m very impressed with how the entire team has come together and has stepped up to continue the tradition we started before COVID shut us down last year,” BNL coach Mike Branam said. “It sometimes takes the kids a few meets to understand the scoring because every heat contributes to the score. When someone steps up and wins the third or fourth heat, it’s just as important as the kids who are winning the top heat.”

BNL will host Bloomington North on May 8.