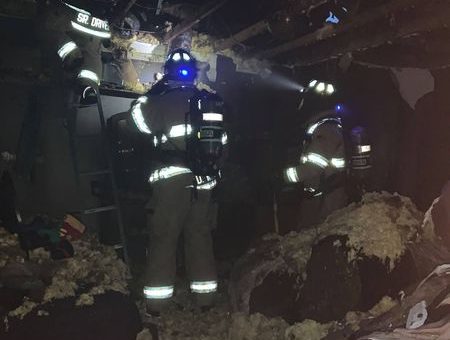 BLOOMINGTON – Monroe Fire Protection District was called to the 3700 block of South Tyler Lane, a little after 8:30 p.m. Monday after a report of a vehicle fire next to a house.

Fire units arrived to find a minivan fully engulfed in the driveway with fire spreading into the attic of the home.

Firefighters deployed a hose line into the structure to extinguish the fire in the attic as other firefighters worked on putting out the vehicle fire.

The home had a previous fire in it approximately a year ago and had still not been repaired, which allowed the fire to go directly to the attic.