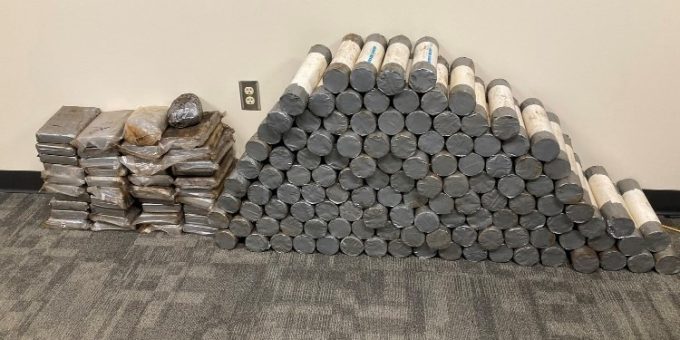 HENDRICKS CO. — Indiana State police seized $2 million worth of crystal meth and fentanyl during a traffic stop in Hendricks County.

At 1:30 p.m. Monday, a state trooper stopped a Chrysler van on I-70 near the 59-mile marker for unsafe lane movement.

The trooper noticed indications of criminal activity during a conversation with the two occupants, which led to a vehicle search. During that search, the trooper found 134 pounds of crystal meth and 90 pounds of fentanyl concealed in the cargo area, according to police.

State police say the drugs originated from Memphis, Tennessee and were destined for Indianapolis.