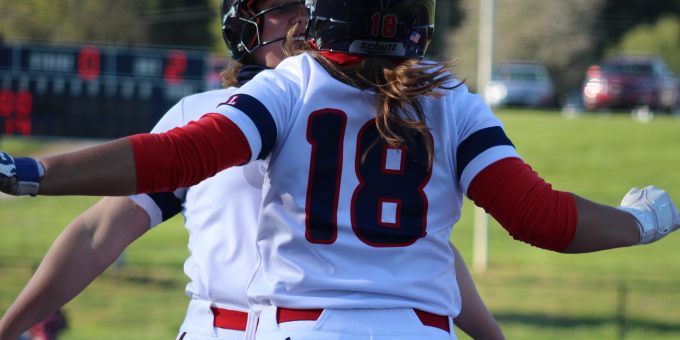 The riveting ricochet off the thunderous bat of Sarah Stone, the guided line drives to right field for perfectly-placed hits, the dooming decision of Jeffersonville fielders to bounce the ball rather than catch it – all added up to another impressive victory for the No.7 Stars.

Stone’s soaring blast to center highlighted a four-run second, and BNL took advantage of Jeffersonville miscues during a six-run fourth while decking the Red Devils 11-0 in five innings on Thursday afternoon.

Stone and Annie Waggoner drove in three runs each, while Waggoner and Aliza Jewell combined for a sparkling three-hit shutout as the Stars (12-1) bounced back from their first loss of the season with a key Hoosier Hills Conference triumph.

BNL (2-0 in the league) collected 10 hits and took advantage of five Jeffersonville errors.

“That’s our game plan every night,” BNL coach Brad Gilbert said. “It doesn’t matter who’s in the dugout or how good they are, how strong they are, we just play our game and take advantage of anything they give us.”

The Stars took a 1-0 lead in the first on a Stone walk (a common theme) and Waggoner’s sizzling double to left-center. They started the third with another run on Lauryn Anderson’s infield single that chased home Carsyn Alvey.

Carlee Kern singled to center, and Stone followed with a towering bomb for a 5-0 lead. That was the last hittable pitch Stone would see. She walked twice, raising her season total of free passes to 14. The reason that number is so high? Probably the 11 homers, 26 RBIs and killer .727 batting average by the Kentucky recruit.

“If teams are going to walk Sarah – and they have that right – we have to hit behind her,” Gilbert said. “That way they have to think about it a little more.”

BNL did that during the final scoring frame. Stone was walked to load to the bases, and Waggoner followed with a ringing two-run double to right. Brynlea Bennett added her own RBI single to right.

“I was really pleased with the way we hit,” Gilbert said. “We did a great job of going with the pitch. We had several base hits that way, several with runners in scoring position. That’s one thing we worked on, trying to hit behind runners a little better and definitely shortening up with two strikes to get the ball in play and make things happen.”

Bennett understands the strategy of keeping Stone at bay. It becomes a personal challenge.

“I hate it for her, I hate it for my teammate,” Bennett said. “I mean, I wouldn’t pitch to her either, she’s such a good hitter. But I take it as, everyone behind her, we have to step up and make them pay.”

Waggoner (9-1) went three innings in the circle, allowing only three hits while fanning six. Jewell struck out three in two innings of relief work. It was the perfect answer to the first loss (Brownsburg on Saturday).

“It refocused us,” Bennett said. “It sucks to lose, but we we learned what we need to do better. When you’re winning all the time, you can overlook things. I love to win, but losing helped us see what we need.”

“Our goal is to go 7-0 in the conference,” Gilbert said. “We just need to take care of our business. The kids have already decided they do not want to be co-champs. We’ll see what happens.”