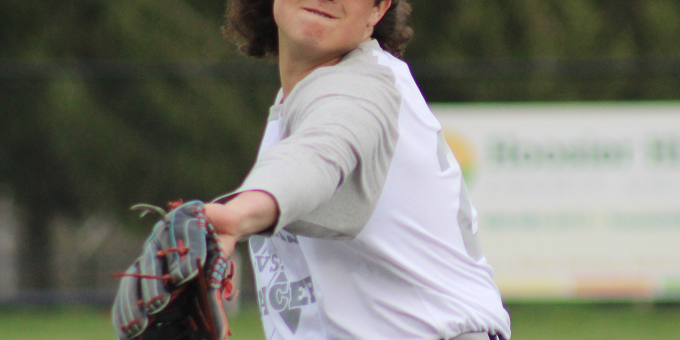 Locked in a 2-2 deadlock, Ryker Hughes led off the go-ahead inning with a triple to right, and he later scored when Aden Pemberton reached on an error. After Evan Waggoner walked, Callahan jacked his blast to center.

“Over the last three or four games, he’s been seeing the ball well,” BNL coach Jeff Callahan said of his son. “He’s had some big hits and big RBIs. That was a big hit, that gave us some breathing room and gave us some separation.”

“Ryker got us started in a couple of innings,” Callahan said. “He’s starting to hit the ball well.”

Kline Woodward (3-0) earned the win on the mound, working six innings and allowing only six hits while striking out six. Hughes worked a flawless seventh with two strikeouts.

“That was a very good job by young kids,” Callahan said. “Kline is going a little bit further each time. He just keeps getting better and better.

“He has a lot of composure out there, he’s very mature and doesn’t let things bother him. That’s what we need from him.”

Zach Stoll had two hits and two RBIs for the Cougars.

BNL (8-2) will host Jeffersonville on Friday, with BNL students admitted free of charge.