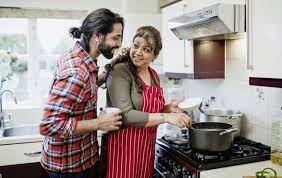 UNDATED – A Pew Research Center report based on data from the monthly Current Population Survey (CPS) showed that nearly half of 18- to 29-year-olds in the United States were living with one or both of their parents in March 2020.

Data released today from the 2020 Current Population Survey Annual Social and Economic Supplement (CPS ASEC) allows us to examine how such shared living arrangements affect the poverty rates of these individuals and their families.

While the Pew report focused on people ages 18 to 29, this analysis focuses on living arrangements and poverty rates among individuals ages 25 to 34.

Examples of shared households include adult children living with their parents, married couples living with a parent, and roommates living together.

Individuals live in shared households for a variety of reasons, such as caregiving needs, benefits from pooling financial resources or short-term social and economic support during periods of acute hardship.

Previous research by the Census Bureau found that the living arrangements of individuals ages 25 to 34 provide unique insights into the economic stability of young adults. Individuals in this age group have had the time to finish school, start working, and form their own households inde­pendent of their parents.

Poverty status is determined by comparing a family’s total income to a threshold based on the number and ages of family members.

Since living in shared households is sometimes a response to economic distress, it is important to consider how living with parents or other relatives could affect an individual’s official poverty status.

Consider a family with an income of $20,000, including the combined annual income ($15,000) of both parents and the income ($5,000) of their young adult child. Under the official methodology, this family would not be considered to be in poverty, as their total family income is greater than their $19,998 poverty threshold.

In 2019, 5 percent of families sharing a household with related children ages 25 to 34 were in poverty, which is lower than the 7.8 percent poverty rate for all families.

the young adult child would be in poverty if living alone because their personal income is lower than the one-person poverty threshold of $13,300.

As shown in the figure below, 36.3 percent of young adults ages 25 to 34 living as additional adults in their parents’ household would have been considered to be in poverty (based on their individual incomes) in 2019. This is around seven times higher than when their poverty rates are based on shared family income.

The changes to poverty status that result from sharing a household are not limited to the effect on these additional adult children.

In our example, the parents would have been in poverty without their adult child’s income, because their joint income was below the two-adult threshold of $17,120.

In 2019, families sharing a household with related children ages 25 to 34 would have seen their poverty rates double from 5% to 10.5%, without including the young adults’ incomes.