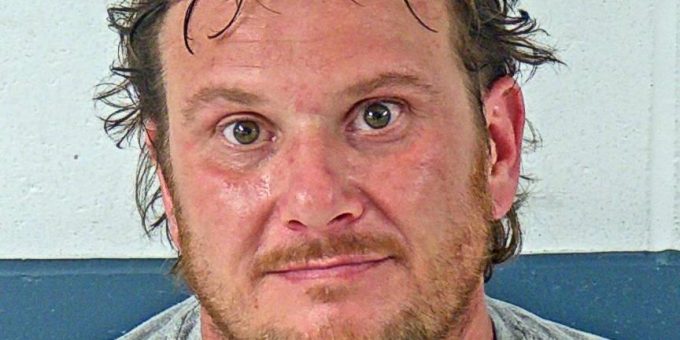 BEDFORD – A Bedford man was arrested on a warrant Thursday after Bedford Police officers on March 31, 2021, found drugs in his home.

According to a probable cause affidavit, on March 31, at 3:35 p.m. officers were alerted to a possible burglary in progress in the 927 24th St, Bedford. When police arrived they found the front window open and the blinds damaged as if someone had crawled inside.

An officer made contact with a female who was exiting a bedroom at the home.

Officers did a search of the home and found no one else inside.

In the home police found a glass smoking device and crystal meth on a warning ticket issued to 43-year-old Shawn Dearborn.

The woman told police Dearborn was a friend and that those items belonged to Dearborn.

The woman told police Dearborn was renting the house and she entered through the window.

The witness that called police about the burglary told police she saw the woman crawl through the window.

Officers then contacted Dearborn who told police he had given the woman permission to enter the home through the front window. When Dearborn was asked about the smoking device and drugs and a syringe found in the bedroom, he said they belonged to the woman.

The information was forwarded to the Lawrence County Prosecutor’s Office and a warrant was issued for Dearborn’s arrest. He was arrested on charges of possession of meth, unlawful possession of a syringe, and possession of drug paraphernalia.