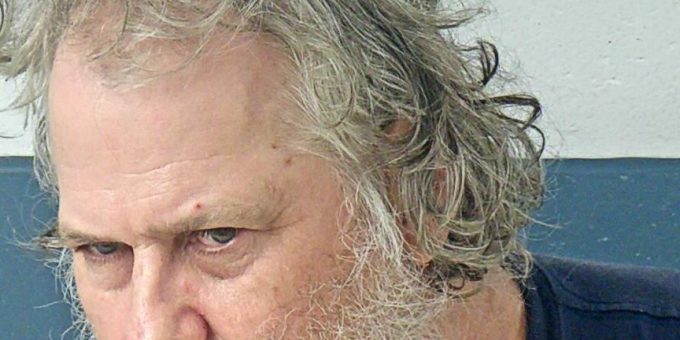 BEDFORD – A Bedford man was arrested Tuesday night after Bedford Police officers were summoned to the 810 block of 7th Street about a male carrying a shotgun and making threats.

When officers arrived they heard a female yelling “I think he shot my dad!”

Officers asked the female where the male was with the gun and she yelled in the alleyway.

Officers ordered Merrell to drop the weapon, but he ignored the commands.

Merrell who was holding the shotgun by the barrel continued to walk away from officers.

Officers continued to order Merrell to drop the weapon.

Merrell then walked into a backyard of a home at 712 I Street, while ignoring officers’ commands to stop and drop the weapon.

An officer noticed that Merrell was walking toward a table where there were several shotgun shells lined up across it.

The officer then noticed the shotgun that Merrell was holding appeared to be unloaded.

The officer ran up to Merrell and grabbed the shotgun from him, as two other officers approached from behind Merrell and took him to the ground.

Merrell continued to wrestle with the officers until he was finally handcuffed.

Two witnesses told police they saw Merrell in the alley next to the witness’s truck. The witness yelled at Merrell and that is when he noticed Merrell was armed with a shotgun. He then heard a bang and dropped to the ground thinking Merrell had shot at him. But in fact, Merrel had banged on the truck with the gun.

Merrell was arrested on charges of intimidation with a deadly weapon, pointing a firearm at another person, and resisting arrest by force.