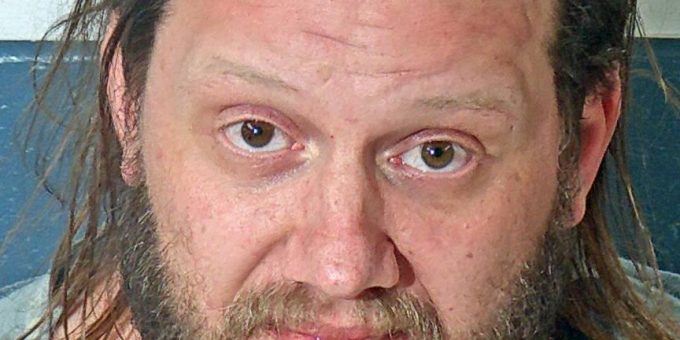 BEDFORD – On Monday, a Bedford man was arrested on drug charges after a Bedford Police officer stopped his vehicle for driving while his driver’s license was suspended at the intersection of State Road 37 and Dixie Highway.

The officer spoke to the driver 35-year-old Nathan Kristan.

Officers say Kristan was nervous and was indecisive about answering questions and giving consent to search the vehicle.

Canine Dusty responded to the scene and alerted police to possible drugs in the vehicle.

During a search of the vehicle, police found a glass smoking device that contained THC wax.

In Kristan’s pocket, police found a container that had a plastic baggy containing crystal meth and a baggy that contained marijuana.