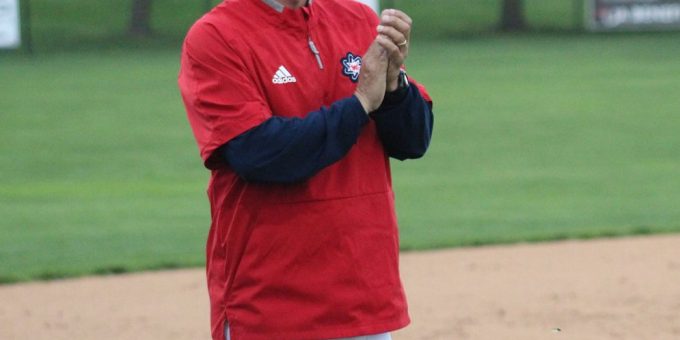 EVANSVILLE – Bedford North Lawrence suffered through a big chill in the 2021 season opener, falling to Evansville North 8-5 on Thursday evening.

The Stars (0-1) collected only three hits as temperatures failed to climb over 40 degrees. The Huskies shook off the freezing conditions, scored four runs in the first and never trailed.

“The weather didn’t seem as bad as I thought it would be,” BNL coach Jeff Callahan said. “It would have felt better if we had gotten the W. With this team, we talk about getting ahead of hitters and making plays. In the first inning we didn’t get that done, and we dug a hole.”

North took advantage of two errors, plus back-to-back RBI doubles from Cameron Decker and Cordell Coburn, to plate the four early runs. BNL countered with three in the third as Evan Waggoner pounded a two-run double and scored on an error.

The Huskies created breathing space with two runs in the fourth (Decker’s sacrifice fly and Coburn’s RBI single) and another in the fifth (Aaron Nehls tripled and Robert Pollard singled).

BNL fought back with two runs in the sixth with a two-run single by Waggoner, but North added an insurance run in the bottom of the sixth (another Pollard RBI single).

”Good games come down to two-out hits, and they did a good job of that,” Callahan said. BNL left the bases loaded twice.

Waggoner finished with two hits and four RBIs. Konley Woodward had the other hit for BNL.

“We did a lot of positive things, when you sit back and look at it. Obviously we wanted to win, but there are things to take away from this and build on. We just have to clean some things up.”

BNL will host Whiteland in home opener on Friday and dedicate the new turf infield at 6 p.m.