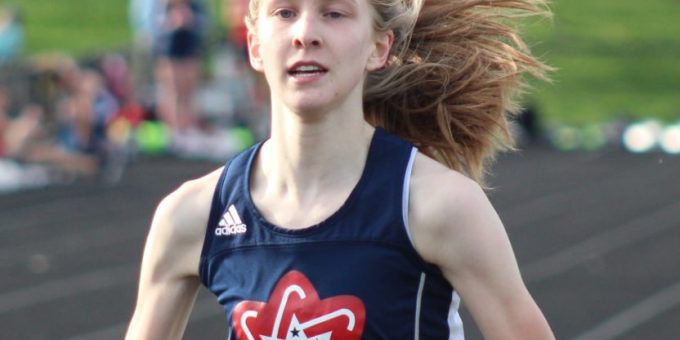 BEDFORD – Bedford North Lawrence coach Jim Lewis feels like his team is living the lyrics of a famous Jackson Browne tune: running on empty, running into the sun, running behind.

After an idle year, after the erupting virus wiped out the 2020 girls track season, Lewis and the Stars are looking to make up for lost time and ground. The roster took a huge hit, thanks to a numbers crunch among the lower classes. Nobody took the time to run much during the quarantine months. The training habit was broken.

So the Stars got to do what they can to keep the track love alive. With a depleted roster of 19 athletes, BNL will start the 2021 campaign with a home meet – the first in 23 months – on Thursday. On your mark, get set . . .

Go and don’t stop. The Stars won’t have much time for rest or relaxation. The roster includes five throwers (shut put and discus), four distance runners and a pole vaulter. That leaves nine sprinters to fill out five races, relays and the other field events.

“They’ll have to be multi-faceted and just get better as the season goes,” Lewis said. “With 19 kids, in some of the bigger meets, our goal might not be to win the meet but to get better. It will be a tough thing to win a lot of meets.”

Despite the lack of quantity, there is quality. Distance ace Autumn Spence, destined for Ball State to run cross country and track, will be one to watch in the 800 and 1600 meter races. Makena Moore, once again a three-sport athlete, will chase a school record in the 400 and compete in the high jump. Grace Tanksley will take big strides – even with her small stature – in the 1600 and 3200.

BNL will be top heavy in experience with only two freshmen (as the 8th-graders missed their final season in junior high and fell off the track radar) and four sophomores. The focus will be on fast improvement for the postseason meets.

“That will be our goal,” Lewis said. “We might not win a lot of meets, but we’re preparing people for sectional to advance to regional, hopefully to the state finals. We have quality kids.”

Those athletes, who kept in shape and didn’t spend all their down time in the recliner with the foot rests in the ‘up’ position, realized how much they were missing. They could tell everyone just how crazy this life feels.

“I did miss it,” Moore said. “It was hard to get back in the groove. Once I started running, it wasn’t as bad.”

BNL will get started with Mitchell and Owen Valley on Thursday.