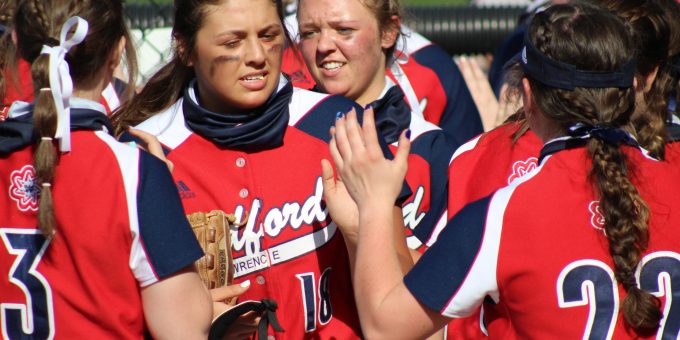 The Stars (3-0 and ranked No.19 in Class 4A), exploded for seven runs in the second inning, all with two outs, and cruised to the mercy-rule triumph in five innings.

The Stars erupted in the second as Carlee Kern stroked a two-run single, Annie Waggoner added a RBI double, Braxton McCauley followed with a run-scoring single and Bennett capped the rally with a 2-run double.

“It took us a little bit to get used to the speed of the pitcher,” BNL coach Brad Gilbert said. “It didn’t take long once we got going. We put the ball in play and hit the ball hard.”

BNL added five more runs in the fourth. Stone started the frame with a solo homer (her fourth of the season), Bennett later smacked a RBI double, Haley Deckard had a run-scouring single, and Alvey finished it with her two-run blast to left for a 12-0 lead.

Deckard capped the scoring with a two-run single in the fifth.

BNL got a lot of production from the middle of the lineup as Bennett went 2 for 3, Deckard was 3 for 3, and both drove in three runs. Stone was 2 for 2 (including an intentional walk) and scored three times.

“It just took Brynlea a little bit to tweak her swing,” Gilbert said. “She was probably just anxious (on Saturday). She hit the ball well and that’s exciting to see.

“Haley had three hard hits. Carsyn just worked on her swing and got to a good contact point. She hit it well. It’s exciting for her. We don’t try to hit home runs, but if we just square it up and drive it, the ball will carry.”

Waggoner (3-0) earned the win in the circle, working three innings and striking out six while allowing only two hits. Aliza Jewell worked two innings in relief and fanned three without allowing a hit.