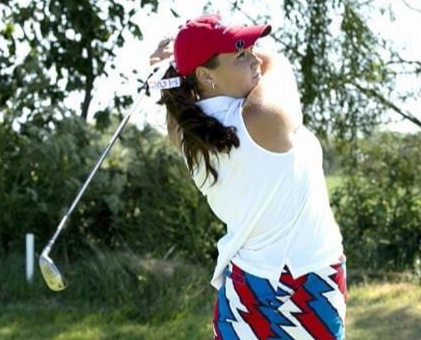 BEDFORD – Kori Johnston, following in the footsteps of her former coach and mentor, was named the new girls golf coach at Bedford North Lawrence. And if anyone could be deemed a perfect fit, it’s the former Star with the decorated playing career.

Johnston, a four-year standout with BNL, played college golf at the University of Southern Indiana and won three Bedford City championships. She will bring that expertise to a program that grew into a regional contender and state qualifier under Sanders’ guidance.

Sanders took over the program in 2009 and helped the Stars win 9 sectional championships (including the last eight straight), four consecutive Hoosier Hills Conference titles (2016-19) and took BNL to back-to-back state finals appearance in 2017-18. One of his first players was Johnston, who has returned to her alma mater with the intent to continue its growth curve.

“I’ve had some influential coaches in my life, and Aaron Sanders is one of them,” Johnston said. “He was a big inspiration. I have some big shoes to fill. He was a great coach. He taught us to be great on and off the course, and I plan to take a lot of his teachings going forward, putting my spin on them.”

BNL won the sectional in 2020 and finished fifth in the regional. The Stars will lose four seniors from the top five in the lineup. Johnston is ready to tackle the reloading process.

“They still have a lot of talent coming back and there are a lot of good girls coming through the program,” she said. “I’m not worried about that at all. I just want to grow the program as much as I can. Lawrence County is a big golf community, and there’s a lot of talent out there that hasn’t been discovered yet.”

Johnston was one of seven Stars who went on to college careers during the Sanders era. That experience will be key.

“I’m still pretty young, so I know what it takes to be a solid student-athlete and a well-rounded person,” said Johnston, a 2013 BNL graduate. “That’s what I plan to show these girls, to help them on and off the course.

“It’s incredible, something I’ve dreamed of for myself, to come back and make an impact on the program that made such a huge impact on me.”

BNL will start the 2021 campaign in August.